Participants in the 2017 Maccabi Games in Birmingham spent the morning of Aug. 1 at the Birmingham Civil Rights District, visiting the Civil Rights Institute, Kelly Ingram Park and Sixteenth Street Baptist Church, where they heard from Carolyn McKinstry, a survivor of the 1963 Klan bombing that killed four of her friends. 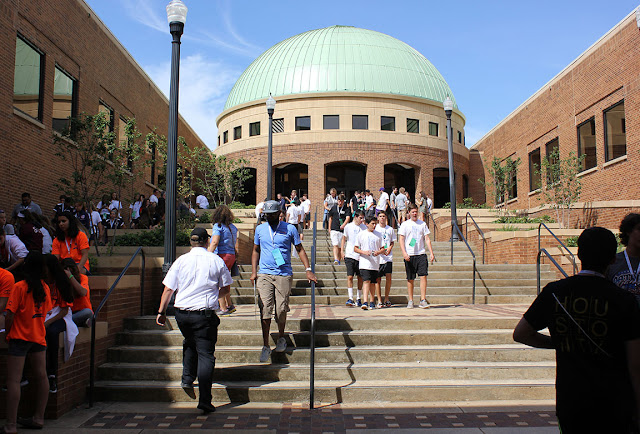 Above: Athletes visit the Birmingham Civil Rights Institute on Aug. 1 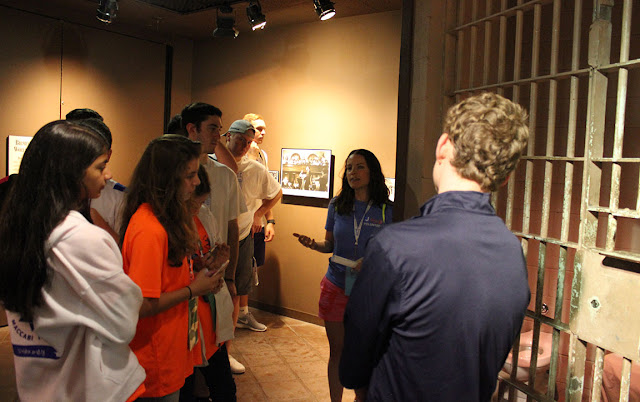 At the exhibit with the original cell door from where Rev. Martin Luther King Jr. wrote “Letter from Birmingham Jail.” 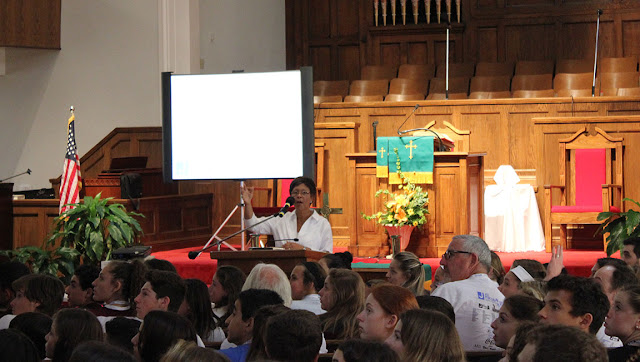 McKinstry speaks to the athletes at Sixteenth Street Baptist Church, where the lesson about baseless hatred resonated on Tisha B’Av. 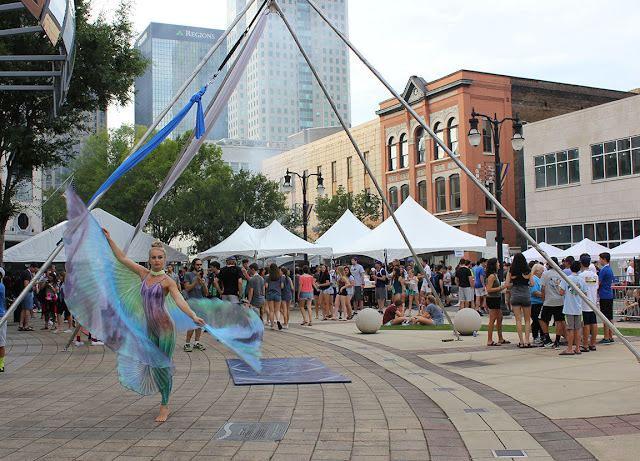 At the Maccabi Games Block Party in downtown Birmingham on Aug. 2 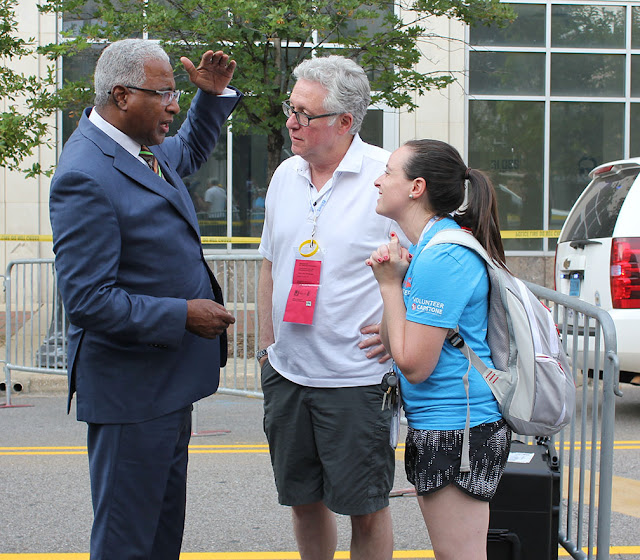 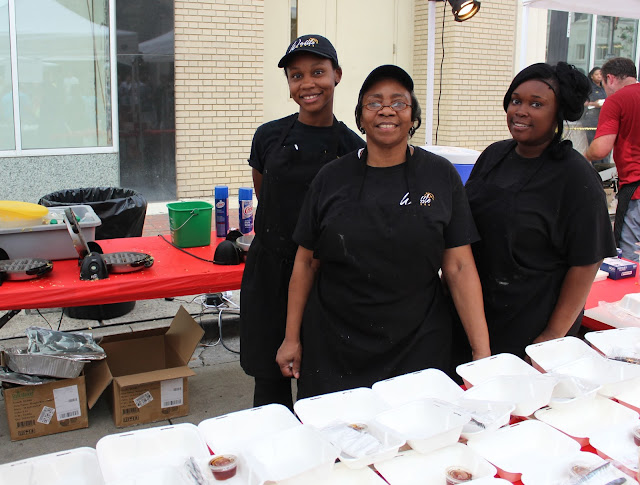 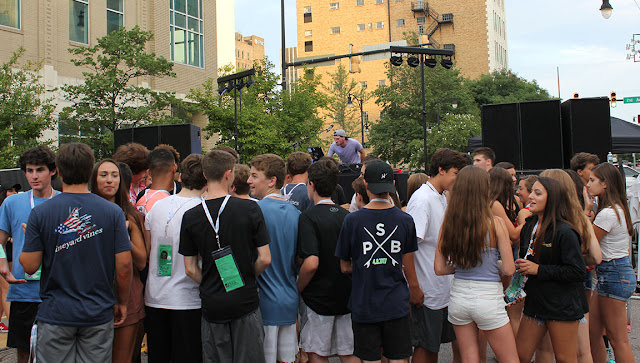 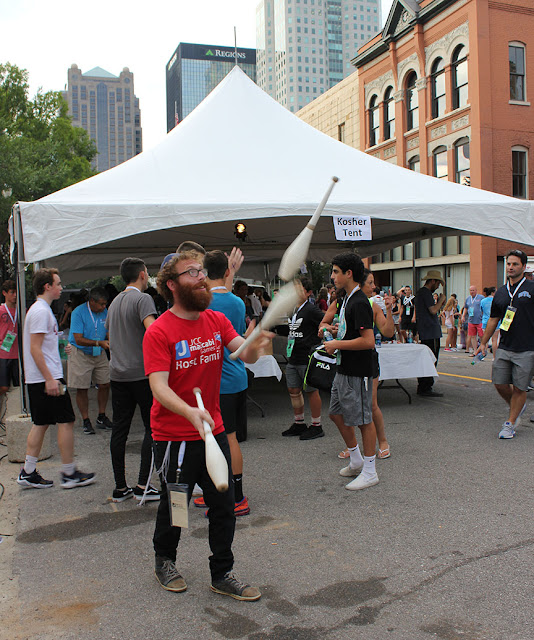 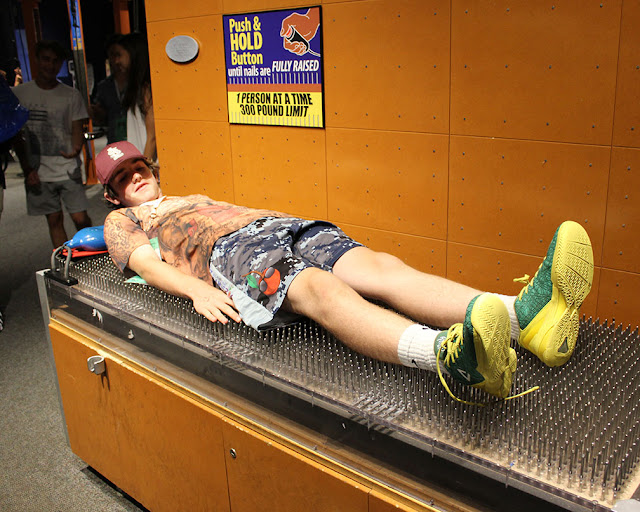 With a busy week of activities, any chance to stretch out is welcome — even if it is a bed of nails at the McWane Center 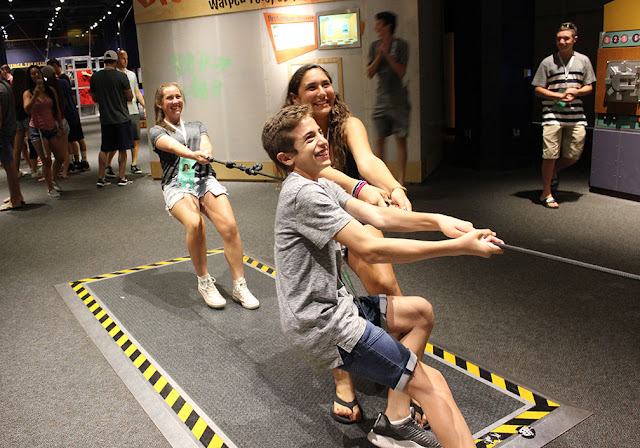 This tug-of-war did not count in the official standings 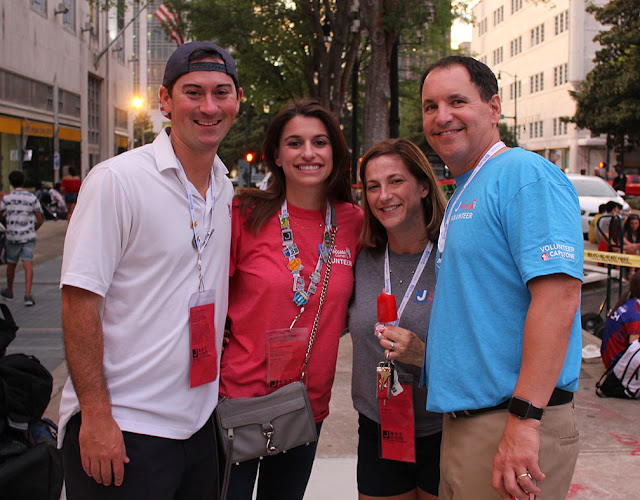