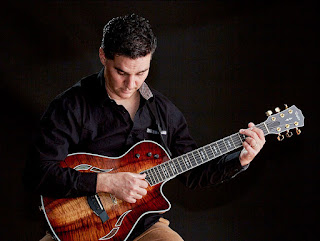 Based in Phoenix, Herzog has worked with some of the top songwriters in the world, including Burt Bachrach, Dave Koz and Craig Taubman. His voice and music have been featured on numerous television shows, and he has been a featured performer at the Union for Reform Judaism biennial.

In high school, he played violin in a community orchestra and sang in a rock band. In college, he sang a cappella with the Tufts Beelzebubs, and studied philosophy.

After losing a girlfriend to Leukemia, Herzog began a search for deeper meaning and spirituality. “I questioned everything. This was not the way I thought life was supposed to turn out, especially for someone so young.”

His search for answers resulted in his first album, “What I Wouldn’t Give,” which talks about grief, healing and coming through the other side of a dark emotional time. While the album did well, after that he went through a period of writer’s block. “After composing songs about life and death, nothing else seemed to be important enough to talk about, and so I simply stopped writing.”

After meeting his future wife, Karen, he started teaching instrumental music in a Jewish high school. “I thought I would play Klezmer music with the kids, but I soon found out that they were more interested in playing Greenday, Blink 182 and Fall Out Boy. I knew I had to try something different to get through to them.” He ended up using his composition skills to write music with the students that connected Jewish texts and ideas to the kind of music that the younger musicians could relate to. “We began writing some really interesting pieces, and at a certain point I started to question if maybe I shouldn’t be giving myself the same kinds of assignments that I was giving my students.”

That led to his “Proverbs” album, which takes texts from the Bible and other philosophical texts and puts them into a modern context.

He became cantorial soloist at Temple Solel in Paradise Valley, Ariz., leading to his first “Jewish” album, “Bridging the Gap,” which won Best Jewish Album of 2009 in the Just Plain Folks Music Awards.

He followed that with “Everyday Blessings,” based on the book “What’s Jewish About Butterflies?” The album debuted at the URJ Early Childhood Education conference.

His song “You And I,” performed by saxophonist Michael Lington, reached No. 2 on the Billboard Smooth Jazz Charts.

There will also be a home concert and potluck dinner on Aug. 26 at 6:30 p.m. Information is available through the Beth Israel office.