Fielkow reflects on first weeks of leading the NOLA Federation 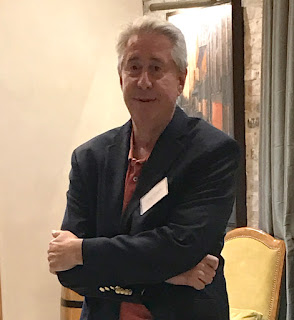 With the Jewish Federation of Greater New Orleans’ annual meeting coming up on Sept. 12, Federation Chief Executive Officer Arnie Fielkow is settling into his new position.

After taking the reins of the Federation on Aug. 15, Fielkow has been making the rounds of local Jewish institutions and organizations, “trying to make sure the relationships we have with people in the community, and especially the beneficiary groups start out in a positive fashion.”

He is excited about the directions the Federation can go in, and the vision that has been coming out of the meetings. In his meetings with each executive director, he has also requested that he, incoming Federation President Henry Miller and the campaign chairs be put on the schedule at a board meeting in the next few months.

“This is a magnificent Jewish community with great assets,” Fielkow said. “We want to make sure we act as a unified team, as one Jewish community.” He acknowledges that there will always be disagreements, but “mutual respect between the Federation and agencies is important.”

The agencies should know they “have a very supportive partner on our end as we go into the future.”

At the annual meeting, he plans to elaborate on his vision, which will be in four main areas, the first being the team approach among agencies.

The second aspect is moving the Annual Campaign to another level, by examining every aspect, answering the questions on why to give, and emphasizing “why Federation is so important” to the community.

The third emphasis is uniting “a Jewish community that is so diverse,” from multi-generation natives to post-Katrina newcomers. There is a wide range of views on religion, Israel, Zionism and differences in age.

Fielkow said that diversity is a positive, because it shows a “vibrancy that wasn’t really here pre-Katrina.” He said programming should tie into the commonalities in the community while recognizing the differences.

The final part is raising the Federation’s visibility in the non-Jewish community. Fielkow said he is proud of how much the Jewish community has done in revitalizing New Orleans after Katrina.

“It’s very important that the Federation be seen in the greater New Orleans community as an impactful partner in helping shape the future” of the city, he said, and deepen relationships with the African-American, Islamic, Christian and Hispanic communities.

Fielkow originally came to New Orleans in 2000 to become executive vice president of the New Orleans Saints. He was fired when he refused to resign and sign a confidentiality agreement after vehemently disagreeing with the idea of the Saints moving to San Antonio after Katrina.

He was then elected to the city council in 2006 and re-elected in 2010. In 2011, he resigned to become executive director of the National Basketball Retired Players Association in Chicago.

Fielkow said he “couldn’t be more excited to be back in New Orleans, and be back with a community I greatly love and respect.”

The annual meeting, which is sold out, will be on Sept. 12 at the Audubon Tea Room. A reception with a cash bar will begin at 6 p.m., and the meeting will start at 6:30 p.m. A kosher dinner will follow.

The Federation and Jewish Endowment Foundation of Louisiana will hold their elections and welcome new officers and board members. The Federation will celebrate the 2017 annual campaign and recognize co-chairs Kathy Shepard and Maury Herman, and welcome incoming president Henry Miller while honoring outgoing president Eddie Soll.

The agencies will also present their annual awards as part of the evening. Joan Berenson will receive the Roger Bissinger Memorial Award, Ashley Merlin Gold is the Herbert J. and Margot Garon Young Leadership Award honoree, and Nicole Harvey will receive the Cohen-Jacobs Emerging Leader Award.

The Anne Goldsmith Hanaw and J. Jerome Hanaw Tikkun Olam Award will be presented to Lisa Heller and John Haspel.