Exploring the Holocaust and the Jim Crow South 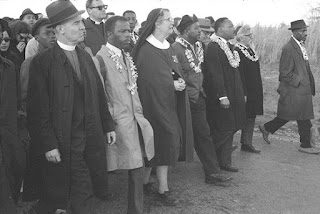 There will be two campus events in Alabama in the coming weeks to glean lessons from the Holocaust and the Jim Crow South, in cooperation with the United States Holocaust Memorial Museum in Washington.

Miles College in Birmingham will have a campus symposium, “Toward Healing and Reconciliation: Lessons from the Holocaust and the Jim Crow South,” on Sept. 27.

Scholars, students and the public will explore the lessons that can be drawn from the study of the systems of targeted oppression and racial violence in Nazi Germany and the Jim Crow South within their specific historical contexts. Special attention will be given to the ways in which religious institutions either challenged or justified the racial discrimination in their respective societies.

The event starts at 11 a.m. in Brown Hall Auditorium with a welcome and lecture on religion and the Holocaust in France. Lunch will be available for purchase in the dining hall starting at noon.

At 2 p.m., there will be a campus dialogue on the day’s theme, in Pearson Hall Auditorium, starting with “Building Historical Understanding: Laying the Foundation for Reconciliation in Historical Context.” At 3 p.m., the discussion continues with “Drawing Lessons From the Past: A Roundtable Discussion on History, Education, and Cultivating Communities.”

After the 5 p.m. dinner, which will be available for purchase in the dining hall, there will be a 6 p.m. information session on educational opportunities for students and faculty at the Holocaust Museum.

All events are free and open to the community.

On Oct. 10, the University of South Alabama in Mobile hosts a panel discussion, “Racial Discrimination and Institutionalized Violence in Nazi Germany and the Jim Crow South, 6 p.m. in the Student Center Terrace Room.

The panel discussion will explore “the involvement of governments and ordinary citizens in systems of targeted oppression and racial violence in Nazi Germany and the Jim Crow South within their specific historical contexts.”

David Meola, the Bert and Fanny Meisler Assistant Professor of History and Jewish Studies at USA, will speak on “Within the ‘Christian State’: Jewish German Lives Under Siege.” Kern Jackson, director of African American Studies and assistant professor of English at USA, will discuss “Without Sanctuary: Lynchings in Alabama History.”

Jake Newsome, campus outreach officer for the USHMM, will discuss “Race and Violence in the Nazi Campaign Against Homosexuality,” and Phil Carr, the Chief Calvin McGhee Professor of Native American Studies and director of the Archaeology Museum at USA, will speak about “Denial of Equal Education to Native Americans.”

Meola said the USHMM is partnering with Southern communities for inter-community discussions on the Holocaust and the Jim Crow South. The event at USA also includes 19th-century Germany and Native American studies, he noted.

On Nov. 1, the museum is hosting “Americans and the Nazi Threat: What Did Georgians Know” in Atlanta, and a similar program about Floridians in Boca Raton on Nov. 29.

The Mobile event is open to the community, and light refreshments will be served.