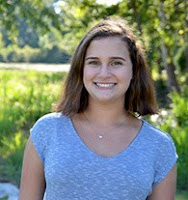 Every year, The Women’s Fund of Greater Birmingham honors some of the community’s most innovative and accomplished women through the Smart Party. For this year’s Smart Party 6.0, Katie Wiatrak is the first honoree in a new “Next Generation” category, which includes current high school or college students.

The Smart Party is a live and online fundraising event where attendees use their smart phones or devices to interact with friends online, create awareness, raise funds and win prizes. It will be held on Oct. 12 at Iron City on Birmingham’s Southside.

Also among the honorees is Barbara Royal, who just retired as CEO of Momentum after 15 years. Momentum, which she founded, is a women’s leadership program “which empowers a diverse group of promising women to develop leadership skills that positively impact business, culture and politics in Alabama.”

Last month, Royal became a special projects consultant with Momentum. Royal served as executive director of Discovery Place and Discovery 2000, and developed the groundwork for McWane Science Center. She is a graduate of Leadership Birmingham and Leadership America.

Royal serves as a Robert Wood Johnson Fellows mentor, on the National Advisory Forum of the Women’s Museum, a Smithsonian affiliate, in Dallas, Texas, on the board of the National Association of Children’s Healthcare Quality in Boston, on the UAB President’s Advisory Council and president of Harbert Center Management Inc.

Alongside Springs’ first female head of school, Sharon Howell, and classmate Delaney Porter, Wiatrak founded Indian Springs’ Gender Equality Club in 2016 in an effort to highlight the importance of equal rights and opportunities for all, regardless of gender. In less than a year, the club, which hosts movie screenings, after-school discussions and fundraisers to highlight gender equality issues, has grown into the school’s largest student-run club, with more than 70 members.

The only female volunteer in the emergency room at Children’s Hospital of Alabama, Wiatrak hopes to join the next generation of women in medicine. Over the summer, she completed a four-week medical course at the University of Oxford through Oxford Summer Courses as a 2017 Andy Abroms Memorial Scholar.

At Springs, she is a founding member of Springs’ Girls Golf team and an officer for the Treble Chorus. She also participates in Springs’ Contemporary Music Ensemble program, teaches at Temple Emanu-El, and volunteers with Anytown Alabama and Peace Birmingham.

“This is such an honor,” said Wiatrak. “The Gender Equality Club has become a central part of my life, and I hope that through the club and my other interests, I can inspire other women to pursue their dreams and raise their voices.”