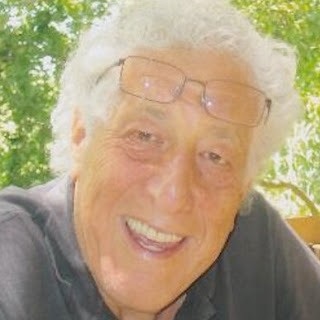 A leading international figure in interfaith dialogue will headline a Children of Abraham weekend in southeast Alabama this month.

Temple Emanu-El of Dothan, Evergreen Presbyterian Church in Dothan and the Muslim Community of the Wiregrass in Grimes are co-hosting Rabbi Mark Winer starting Oct. 20.

In 2013, Queen Elizabeth II honored Winer by naming him a member of the Order of the British Empire for “promoting interfaith dialogue and social cohesion” in London and the United Kingdom during his 12-year tenure as senior rabbi at the Reform West London Synagogue. He is the first American rabbi to receive that honor.

A Harvard graduate, Winer was ordained in 1970 at Hebrew Union College-Jewish Institute of Religion. For more than 30 years, Winer served as a congregational rabbi in the U.S. and was president of the National Council of Synagogues before going to London.

He moved to Miami in 2013 to become director of the Center for Ecumenical and Interreligious Studies at St. Thomas University, where he also served as an adjunct professor of religion until he retired in 2014.

In 1995, Winer founded and has served as president of the international interfaith initiative FAITH: The Foundation to Advance Interfaith Trust and Harmony. He also has served as chair of the international interfaith Task Force for the World Union for Progressive Judaism since 1998. Winer has been involved in several international events, including resolving the issues that led to the treaty between Israel and the Vatican. In addition, he has been a key negotiator for the release of Ethiopian Jews.

He will speak on “To Russia With Love” at Emanu-El during the 7 p.m. Shabbat service on Oct. 20. The talk will be about his experiences rebuilding Russian Jewish communities after the fall of the Soviet Union.

On Oct. 21 at 10 a.m., he will speak at Muslim Community of the Wiregrass about “Winning Friends of Other Faiths” in communities that are growing and changing. He will use examples from his work among the Christian, Muslim and Jewish communities in London. Brunch will be served.

The third public event will be Oct. 22 at 10:30 a.m. at Evergreen Presbyterian. Winer will speak about two themes from the Hebrew Bible — love your neighbor as yourself, and life’s journey is a blessing — and how relationships from his past helped him succeed in negotiations during Operation Solomon, the covert 1991 airlift of 14,000 Ethiopian Jews to Israel in a 36-hour period.

The three public events are free and open to the community.

There will also be a dessert reception with Winer at the home of Laura and Larry Blumberg, Oct. 21 at 7 p.m., co-hosted by Cindy and Hayne Hollis. The reception, which is limited to 30, is $100 per person, with proceeds going to the interfaith programming between Emanu-El and Evergreen.

Reservations for all events are requested by Oct. 18.