It isn’t just Tay Sachs any more: The importance of genetic screening 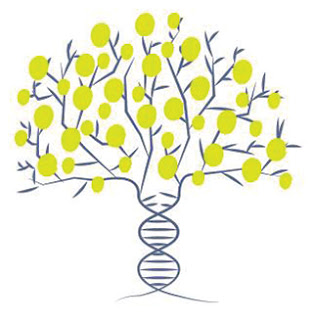 When Lindsay Baach Friedmann, interim South Central regional director for the Anti-Defamation League office in New Orleans, was getting married in 2014, she “did what I felt I was supposed to do” and went to her doctor for genetic testing.

After all, there are numerous genetic diseases that are more prevalent in Jews than in the general population, such as Tay Sachs. If both parents are carriers, any children will be at greater risk for having the disease.

After numerous vials of blood and the requisite wait for results, “everything came back okay” on the 18 diseases in the screening. And then came the surprise.

After her bloodwork was “exceptionally low” during a routine physical several months later, she was referred to a fertility doctor, who started asking her about a genetic disease that she hadn’t been screened for and nobody in her family had showed signs of — Fragile X.

More blood work was done, with a two-week turnaround for the results. A week later, she had a positive pregnancy test. Then the next week, the screening results showed she was a carrier of Fragile X. She found herself “very newly pregnant and very unaware of what Fragile X was.”

According to the National Fragile X Foundation, it is a condition that “causes intellectual disability, behavioral and learning challenges and various physical characteristics.” Fragile X is also the most common known single gene cause of Autism Spectrum Disorder.

Today, she and husband Josh have a healthy 22-month-old daughter that does not have Fragile X. “She’s a double miracle,” Friedmann said.

One-fourth of women who carry Fragile X have a condition that causes premature ovarian failure. “It was incredibly challenging to learn when I was 33 that the door could close at any minute,” she said.

She wants others to learn from her experience, and is an advocate for genetic screening through groups like J Screen.

JScreen is a non-profit community-based public health initiative headquartered at Emory University School of Medicine in Atlanta, dedicated to preventing Jewish genetic diseases. The JScreen “spit kit” is easily ordered online, used at home, and then mailed in so that clinical geneticists can test the DNA. If a person or couple’s risk is elevated, certified genetic counselors will privately address their results, options and resources.

“When a couple is unaware of diseases they carry, the results can be devastating” said Hillary Kener, Assistant Director of National Outreach for JScreen. “Any young adult planning to start a family or grow their family in the future should get screened. The history of Tay-Sachs in this country shows how genetic testing can positively influence people’s lives and the health of their children.”

Currently, 80 percent of babies with genetic diseases are born to parents with no known family history of that disease.

Cutting-edge technology enables geneticists to look closely at people’s genetic makeup to identify their risk for more than 200 different diseases, including those that are predominant in the Jewish community.

One in 30 Ashkenazi Jews are carriers of Tay-Sachs, and one in 300 people of the general population are carriers. While there is no cure for Tay-Sachs, genetic testing can determine who is a carrier and whether their child will be at risk for this and other diseases. For the small percentage of couples who are at risk, there are many options to help them have healthy children.

Since the 1970s, the incidents of babies being born with Tay-Sachs has fallen by more than 90 percent among Jews because of scientific advances and increased screening in the Jewish community.

JScreen detects nearly two times as many carriers of genetic diseases in people of Ashkenazi Jewish descent compared with the general population, and one in three Jews is a carrier for one of the Jewish genetic diseases.

But Friedmann notes that what she has, Fragile X, isn’t more prevalent in the Jewish community, so she uses their experience “as a soapbox” to urge everyone to have genetic screening. “We feel passionately about the need for information,” after which a couple can decide what to do with that information when it comes to starting a family.

“It’s common for the Jewish community to talk about genetic diseases because of Tay Sachs, but there is so much more out there,” she said.

In June, she spearheaded a “What’s In Your Genes” JScreen program at Temple Sinai. She and her husband did the 200-disease panel and found that she carries two additional disorders and he has one — but not the same ones.

Still, the results have led to serious conversations with their siblings. “Knowledge is power,” Friedmann said.

If someone has a positive test for carrying a disorder, Friedmann said the JScreen genetic counselors “are fantastic” and helpful in providing a wealth of information and resources.

A saliva kit can be ordered online. With private insurance, the cost is $149, and financial assistance may be available for those without insurance. Gift certificates are also available.