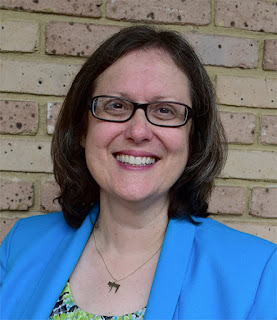 Macy Hart, a pioneer in the preservation and evolution of small-community Jewish life in the South, will be stepping down as Chief Executive Officer of the Goldring/Woldenberg Institute of Southern Jewish Life, which he created 18 years ago.

Michele Schipper, who has been Chief Operating Officer of ISJL since 2007, will become the new CEO next February.

Hart will continue working on his “ISJL bucket list” of projects he has wanted to explore but never had the time while concentrating on the ISJL’s primary objectives. He will also do development work for the Institute.

A Jackson native, Schipper returned to the city after working in Jewish communal service on the West Coast for two decades.

“It was a wonderful homecoming then, and it’s an honor now,” Schipper said of returning to Jackson a decade ago and of her new role. “Even before I got here, I was so impressed with the work Macy and the ISJL were getting done for Southern Jewish communities. Getting to continue this legacy and lead the organization into the future is truly exciting.”

“Michele returned with her family to Jackson to help us really structure our organization, our mission, our staff,” said Hart. “Over a decade, she managed to enhance our efficiency, grow our staff, and work alongside the board and me to place the ISJL amongst the most impactful and innovative Jewish organizations. I could not be more thrilled that the board selected Michele for this position.”

Schipper was selected by a search committee comprised of members of the ISJL’s board, helmed by Rayman Solomon, a former chair of the board. Current Board Chair Rachel Reagler Schulman is enthusiastic about the committee’s selection.

“No one could ‘replace’ Macy; our founder, visionary, and first leader,” said Schulman. “But we had an excellent search committee, working with assistance from the executive committee, the board of directors and ISJL staff. Our conversations and interview process led us to the conclusion that Michele Schipper was truly the right choice.”

Despite a skeptical national movement, the camp was seen among Deep South communities as a way to bring kids from these isolated small congregations together each summer and strengthen their identity.

After college, Hart was hired to be the administrator at the brand-new Henry S. Jacobs camp for its inaugural season in 1970. Rabbi Sol Kaplan was the camp director that summer, then Hart took over the following year.

In 1986, after the camp had received numerous items from closing or downsizing synagogues in the area, Hart established the Museum of the Southern Jewish Experience on the camp’s grounds as a place where the artifacts could be used or stored. In addition to exhibits on Southern Jewish history, an archive and history department were established to preserve the stories of these communities, and there were efforts to help preserve Jewish cemeteries.

In 2000, Hart established ISJL with the goal of bringing Jewish educational, rabbinic and support services to small, isolated communities throughout the South. Hart then resigned as director of Jacobs Camp to head the ISJL.

The Institute developed a standardized religious school curriculum suitable for larger congregations or one-person volunteer schools with a handful of students, establishing it in four pilot states before rolling it out regionally.

In 2003, the Institute hired its first circuit-riding rabbi, serving dozens of congregations too small for a rabbinic presence.

Today, the ISJL serves a 13-state footprint and is routinely recognized in Slingshot, the guide to the most innovative Jewish non-profits. The Museum of the Southern Jewish Experience, which closed at the camp six years ago, was recently spun off into a separate organization, and plans to open a new facility in New Orleans in 2019.

“This is a tremendous moment in the life of the organization,” Schipper added. “We’ll be celebrating the past and all of Macy’s inspiring achievements, and planning for an incredible future as well.”