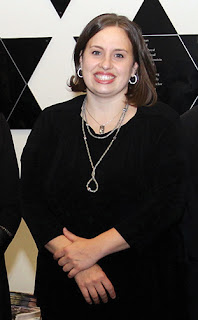 Rabbi Elizabeth Bahar, who has led Temple B’nai Sholom in Huntsville since 2009, announced that she will “move on with my rabbinic career” when her contract ends next summer.

B’nai Sholom President Ann van Leeuwen announced the decision to the congregation in a letter on Oct. 24. Bahar “leaves behind a legacy of which we can all be grateful,” she said.

Van Leeuwen said “there is really no way to list all of the wonderful things that have happened here” under Bahar.

She noted the creation of the North Alabama Community Hebraic School, NACHaS, between B’nai Sholom and the Conservative Etz Chayim Congregation. Van Leeuwen also listed the special dinners such as the Chanukah Fry Fest, pulpit exchanges and working in the community.

Bahar has been a regular voice for understanding in the Huntsville area, especially in the aftermath of the divisive 2016 presidential election. She worked to bring those on both sides of the divide together, to “break down walls.”

In December 2015, she worked with the Huntsville Islamic Center on a “Day of Solidarity” at the Islamic Center. Earlier in 2015, she facilitated a week of weddings at B’nai Sholom after court rulings recognized same-sex marriages.

A Pittsburgh native, Bahar succeeded Rabbi Jeffrey Ballon, who battled brain cancer after retiring in 2009. He died in January 2011. Interfaith Mission Service named the Interfaith Leadership Award in his memory, and Bahar has received that award.

In 2015, Bahar received the Joanie Plous Bayer Young Leadership Award from the Birmingham Jewish Federation, the first time the award has been presented to someone outside the Birmingham community. She was co-honoree with Rabbi Eytan Yammer, who led Birmingham’s Orthodox congregation, Knesset Israel, and recently moved to Israel.

Earlier that year, Bahar and Yammer were both listed in the Forward’s “33 Most Inspirational Rabbis.”

Bahar is on the board of Interfaith Mission Service and Southeast Clergy Association. She has guest lectured at University of Alabama Huntsville, Oakwood University, and Alabama A&M on a variety of topics related to Judaism and modern spirituality.

Bahar said that at B’nai Sholom, “my portion here was full and wonderful… these have been some of the best times of my life.”

B’nai Sholom will always be her first congregation, “and the memories and relationships I formed will be close to my heart,” she concluded.