Kayla Moore: I wasn’t referring to Richard Jaffe as our Jewish lawyer 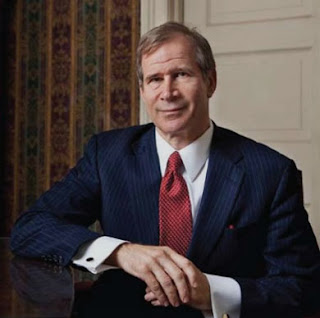 Though some national publications have referred to Birmingham attorney Richard Jaffe as Roy Moore’s Jewish lawyer, he has said that it isn’t so, and that he is close friends with Doug Jones, the Democrat who opposed Moore in the Dec. 12 election — and Kayla Moore, Roy Moore’s wife, is now also saying it isn’t Jaffe.

The search for the mystery lawyer began on Dec. 11, the night before the Alabama special election to fill the U.S. Senate seat that was vacated when Jeff Sessions was named U.S. Attorney General, and temporarily filled by Luther Strange.

Strange, who had been appointed by then-Alabama Governor Robert Bentley, was defeated by Moore in the Republican primary, but Bentley’s successor, Kay Ivey, called for an election to finish the final three years of the term.

At the Dec. 11 rally, Kayla Moore tried to answer charges of anti-Semitism by saying “Fake news would tell you that we don’t care for Jews. I tell you this all this because I’ve seen it all, so I want to set the record straight while they’re here. One of our attorneys is a Jew. We have very close friends that are Jewish and rabbis, and we also fellowship with them.”

The next day, pretty much every Jewish attorney in Alabama was inundated with questions from colleagues and friends around the country in an effort to see who the attorney in question is.

This publication confirmed on Dec. 14 that when Kayla Moore referred to “rabbis,” she was speaking of the current and former leaders of Beth Hallel, a “messianic” congregation in Birmingham. No Jewish group recognizes the “messianic” movement as part of Judaism.

Jaffe was mentioned at the end of the Dec. 14 article, in the context of representing the Moores’ son, Caleb, in a 2015 drug possession case, one of nine arrests for the younger Moore since 2011. But that connection was enough for several publications to assume Jaffe was “Moore’s Jewish lawyer.”

In a statement to al.com, a spokesperson for Kayla Moore said “Kayla was certainly not referring to Richard Jaffe but rather to an attorney currently employed by her Foundation for Moral Law.”

The statement did not name that attorney. The only staff listed on the Montgomery-based Foundation’s website are Kayla Moore and Senior Counsel Col. John Eidsmoe, who is an ordained Lutheran pastor in the Association of Free Lutheran Congregations.

In a 2013 news report on the site, Joshua Pendergrass, an attorney and pastor, is listed as executive director, but he was at the foundation for a few months before becoming a pastor at a Baptist church near Cullman. In April 2017 he became communications director for Governor Ivey.

The Moores have not responded to inquiries from this publication about this or several other issues that came up toward the end of the campaign, including the “Bernie Bernstein” fake Washington Post robocalls, claiming George Soros was behind efforts to defeat him, and reports of donations from extremists for his foundation. For the Dec. 11 rally, the campaign also brought in a Wisconsin candidate for the U.S. House who openly espouses neo-Nazi and anti-Semitic views.

Also, when Moore sought to prevent the Dec. 28 certification of the election results, one of the four “experts” in election fraud that submitted affidavits on his behalf was Jim Condit Jr., who is widely published on the topic of conspiracy theories, especially Jewish ones.

In 2002, Condit started promoting the idea that the Sept. 11, 2001 terror attack “cover story was false” and the operation was conducted by international bankers to bring a 50-year war in the Middle East and a police state to the U.S. He has also aired ads linking the Sept. 11 attacks to Israel.

Condit has called the rise of Adolf Hitler “the ultimate Zionist false flag operation,” claiming in his “The Final Solution to Adolph Hitler” video that Hitler was being used in a “Zionist-Nazi collaboration.” The goal, he says, was to work with “allies in Anglo-Freemasonry” to round up Jews and send them to Palestine, “to prepare the way for the takeover of Palestine by the Zionist attack forces.”

In general, the Moores and their campaign have been extremely tight-lipped to the media since early November, when the Washington Post first broke the story about Moore dating teen girls when he was in his 30s, including allegations of improper physical contact with one of the girls when she was 14.

Jaffe has contributed to Jones’ campaign and raised money for him, accompanied him to the stage for his Dec. 12 acceptance speech, and was in Washington for the Jan. 3 swearing-in ceremony.