Final Chapter? Roy Moore’s “Jewish lawyer” turns out to be a Christian 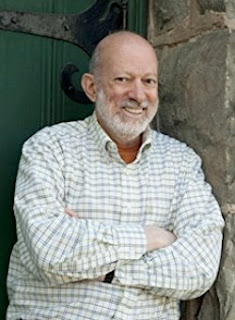 Photo of Martin Wishnatsky from his Amazon author page

The search for Roy Moore’s “attorney who is a Jew” is over, though depending on one’s perspective, it came up empty-handed — as he accepted Jesus while in his 30s and calls himself a “Messianic Jew.”

The attorney in question is Martin Wishnatsky. Kayla Moore, who made the Dec. 11 assertion about their attorney in response to charges of anti-Semitism in Moore’s Senate campaign, made the revelation in a Jan. 4 email to al.com.

The email stated “We read where we were against Jews — even calling us Nazis… We have a Jewish lawyer working for us in our firm — Martin Wishnatsky. Judge hired him while Chief Justice, then I hired him” at the Foundation for Moral Law, which the Moores began after their Ten Commandments battles.

Many national publications had proclaimed Richard Jaffe, who is part of Birmingham’s Jewish community, to be Moore’s Jewish lawyer, but Jaffe is a major supporter of Moore’s opponent, Doug Jones. Jaffe had represented the Moores’ son, Caleb, in a drug case in 2015.

Wishnatsky told al.com he grew up in a “secular, ethnic” Jewish household in New Jersey, attending a Conservative Hebrew school. A biographical profile on Amazon says “In 1977, during a time of distress in his life, and after receiving prayer from a believer, “an illiterate gypsy woman on the streets of Waikiki,” he began to read the Bible and was drawn from darkness to light, from the power to Satan to Jesus Christ.”

After accepting Jesus, in 1980 he pursued Mormonism, but was turned off by the endowment ceremony, saying he then considered Mormonism a “fraud.” He wrote a book, published in 2003, “Mormonism: A Latter Day Deception,” in which he says the Ku Klux Klan is “a model of sincerity” in comparison because its inductees know exactly what they are getting into.

From 1990 to 1992 he was a “full-time pro-life missionary” with Lambs of Christ, with arrests in three states and serving about 18 months in prison. He ran for mayor of Fargo, N.D., in 1994. In 1993, he wrote an article, “The Secret History of the Sodomite Campaign to Remove Military Recruiters from the Campus of North Dakota State University.”

He wrote about his anti-abortion activism in 1999, in “Martin’s Story: A Holocaust Paradox.” He said “As a Jew, I was astounded that the liberal Jewish community would justify, glorify and protect a brutal holocaust, which — except for the chosen victims — was identical to the work of Hitler upon my own brethren,” but concludes that it is because “their eyes are holden til Messiah gives them light.”

In 2009, he left Fargo to enroll in law school at Liberty University, a Christian school founded by Jerry Falwell.

Wishnatsky told al.com that he met Moore when Moore spoke in Fargo in 1996, then contacted Moore for a job at the Alabama Supreme Court after graduating from Liberty. He lives in Prattville and attends Centerpoint Fellowship Church.

He also said he did not believe the women who came forward to accuse Moore of sexual impropriety toward them when he was in his 30s and they were teens. One of the accusers filed a defamation suit against Moore and the Moore campaign on Jan. 4.

Eyebrows were raised in Alabama’s Jewish community and beyond when Kayla Moore made her statement on Dec. 11 that “One of our attorneys is a Jew. We have very close friends that are Jewish and rabbis, and we also fellowship with them.” That quote set of a frenzy of speculation.

On Dec. 14, this publication reported that the “rabbis” in question were the current and former spiritual leaders of Beth Hallel, a “messianic” congregation in Birmingham, where Moore has spoken in the past.

“Messianics” are those of Jewish background who have accepted Jesus but assert they are still Jews. Many evangelical churches support “messianic” congregations, which use Jewish symbols and rituals but give them a Christological meaning, as a way of converting Jews by convincing them that they aren’t really leaving Judaism behind.

The entire spectrum of Judaism holds that “messianics” are Christians, and while they may have Jewish heritage, they can not be counted toward the quorum of 10 Jews needed for public prayer, be called to the Torah for honors, belong to a synagogue or be buried in a Jewish cemetery. No Jewish community includes “messianic” congregations in their lists of local Jewish institutions, and Jewish publications do not run advertisements for “messianic” groups.

When Wishnatsky was asked by Greg Garrison of al.com whether he is Jewish or Christian, Wishnatsky replied that he was both, and that “most Jews are not religious… it’s whether you take God seriously.”