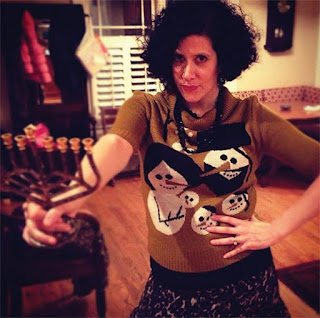 The Jan. 27 event will be at the StarDome Comedy Club’s Broadway Room. The first show on the tour, at the Highland Inn and Ballroom Lounge in Atlanta on Dec. 16, sold out, and Birmingham native Marks said they expect the Birmingham event to sell out as well. They also are working to secure additional performances in other communities around the region.

Marks recently opened for comedian Judy Gold at The City Winery in Atlanta. She and her sister Alison host the Sis & Tell podcast, voted “Best Podcast” for Creative Loafing’s Best of Atlanta 2017.

Her television credits include Adult Swim’s live-action pilot “Stiff,” “Aqua Teen Hunger Force,” “Squidbillies” and as a guest on “FishCenter Live.”
She also is known for her “Mom Cam in the Minivan” videos.

Rosen is a Pennsylvania native who was inspired to do comedy by his father, Al Rosen. He spent his college years in Alabama, touring with several bands, but the comedy bug bit and brought him out from behind the drums. He also does a two-man show with Jordan Stylez, “A Jew and a Black Guy.”

Farber is a radio and television personality and a comedy legend in Atlanta, with decades of entertaining. He performs at comedy clubs across the country and does charitable and corporate functions. His own night club in Atlanta made international news for being the first non-smoking night club.

Recent additions to the show include Pepper Brooks, a comedian and musician currently living in Birmingham, who released an EP, “Crying in Public” in 2017. Last month she introduced a musical setting for “Lech Lecha” from the book of Genesis.

Also featured is Liz Brody, who when she isn’t doing comedy, is an art and Judaics specialist at the Levite Jewish Community Center and religious school teacher at Temple Beth-El, and also writes for Bham Now.