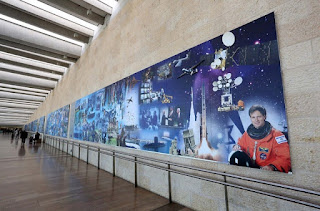 Conexx: America Israel Business Connector in Atlanta will kick off regional celebrations of Israel’s birthday by presenting seven awards at its 17th annual gala, March 22 at the Atlanta History Center, along with displaying two major exhibits.

The Birmingham Jewish Federation, which has been a partner since Conexx was established, will be honored as American Community Partner.

The Tom Glaser Leadership Award will be presented to Benny Landa, “the father of commercial digital printing,” and the Landa Group. In 2002, HP bought his digital printing company Indigo for $830 million, one of the earliest huge acquisitions of an Israeli company. Holder of over 800 patents, Landa was named by Globes magazine in 2016 as the Israeli Entrepreneur of the Decade.

Savannah-based Gulfstream, with several models of business jets that are developed by Israel Aerospace Industries, will be recognized as U.S. Company of the Year. Sapiens, which develops software for the insurance industry, will receive Israeli Company of the Year. Headquartered in Holon, Sapiens has an office in Cary, N.C.

The Israeli Community Partner will be the Federation of Israeli Chambers of Commerce.

Deal of the Year goes to Intel and Mobileye. Last August, Intel completed its $15.3 billion acquisition of the Jerusalem-based company that is a global leader in the development of computer vision and machine learning, data analysis, localization and mapping for advanced driver assistance systems and autonomous driving.

Furthering the automotive theme, the Clemson University International Center for Automotive Research will be recognized for Innovative Academic Partnership.

In partnership with the World Zionist Organization and Ben-Gurion Airport, the Conexx Gala will be the first venue in the U.S. to exhibit “120 Years of Zionism.”

The exhibit, which was overseen by artist David Harel, includes work from several designers featuring hundreds of Israeli and Zionist figures at the defining moments of the Israeli experience. The showcase includes a series of photographs of a total length of about 150 meters marking milestones in the history of Zionism presented through graphic processing, illustrations, and images from archives throughout Israel highlighted in 3D.

It is the largest display ever presented in Ben-Gurion, with an estimated 8 million passengers viewing it in 2017. Conexx will present three portions of the exhibit: Women Break New Ground, Israel and the Diaspora, and Defense and Security.

In addition, Conexx will be displaying select works from “Israeli Discoveries and Developments that Influenced the World” in partnership with the Israeli Ministry of Science and Technology.The collection of photographs shows the state of Israel’s achievements and the scientific, technological and human potential, which has evolved with the growth, and development of the country 70 years ago.

The event starts with an Israeli companies showcase and networking at 6 p.m., with the program at 7:15 p.m. A progressive buffet will be available throughout the evening. There is also a raffle for a trip for two to Israel, including a week in a private Jerusalem apartment.

Gala tickets are $155 and are available here.