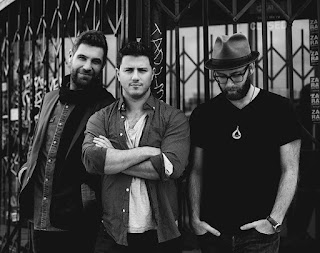 Even those not attending Limmud can enjoy the Saturday evening programming, which features a concert, film screening and dance party.

After Limmud registrants have a musical Havdalah at 8 p.m. on March 17, the doors will open for a Distant Cousins performance at 8:30 p.m.

The trio consists of Duvid Swirsky, Dov Rosenblatt and Ami Kozak, Los Angeles-based songwriters and producers who bring energized performances to audiences nationally. In addition to releasing two critically acclaimed albums, their music has been featured in films such as “This Is Where I Leave You,” commercials including Macy’s, and television shows such as “The Voice,” “American Idol” and “Reign.”

Because Limmud is about choices, with several sessions running at the same time, there will also be a screening at 8:30 p.m. of “Shalom Y’all,” an award-winning 2002 documentary by New Orleans’ Brian Bain. In the film, Bain hits the road in a vintage Cadillac to explore Southern Jewish heritage in small towns across the region, visiting places where his grandfather used to go as a hat and tie salesman.

Around 10 p.m., Rebbetzin Disco will take over with a multimedia dance party experience, a blend of heart and soul, blues, funk, hip-hop, R&B, rock, indie disco, reggae and euro-pop mixed with immersive visuals. The party is led by London’s Jacqueline Nicholls, a visual artist and Jewish educator who uses art to engage with traditional Jewish ideas in untraditional ways. Her art has been exhibited in solo shows and significant contemporary Jewish art group shows in the U.K., U.S. and Israel, and she was recently artist-in-resident in Venice with Beit Venezia.

She will give two talks during Limmud, “Ghosts and Shadows: The Women Who Haunt the Talmud” and “Jerusalem Dreams.”

The 8:30 p.m. event is free and open to the community, and light refreshments will be provided.