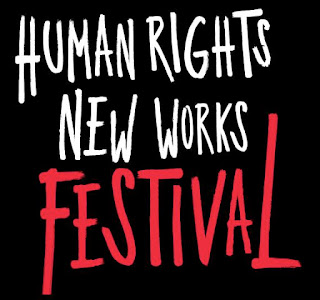 All the world is truly a stage when art and expression is not contained to just the theatre setting.

The goal of the inaugural Red Mountain Theatre Company Human Rights New Works Festival is not just to entertain attendees, but to engage them in important dialogue that pushes for positive change while also providing a larger spotlight for newer theatrical works.

Artistic Director Keith Cromwell, who is producing the festival, said the festival will bring in people from across the nation and create a positive impression of the Birmingham area. The event features one full-fledged production and four new play readings, March 15 to 18.

The event is also being promoted as part of the Violins of Hope series that culminates in a special Alabama Symphony Orchestra concert on April 14.

“We want to use art, expression to dispel fear and create a space where dialogue can happen,” said Cromwell. “If this can help to push for positive change, it becomes so much greater than just excellent theatrical entertainment.”

Cromwell knew that show could be the seed to something bigger. “Every year I go to the National Alliance for Musical Theatre New Works Festival in New York City,” he said. RMTC previously produced or commissioned new works including “Barnstormer,” “The MLK Project,” “Mandela,” “Fannie Lou Hamer: This Little Light” and “The Green Book.”

“We want to be an incubator for great new written works,” he said.

About 10 years ago he met Keith Schicker at NAMT. He works in New York as a consultant on new plays and developments. Schicker had seen “Barnstormers” in New York and made his first trip to Birmingham for “The Green Book.”

Cromwell asked Schicker to be the festival director for the Human Rights New Works Festival. “There is a lot to coordinate with multiple playwrights and creative teams,” said Schicker. “In addition to us all working together to put the festival together we want to help these shows to make it nationally and get produced.”

The Festival opens March 15 at 7:30 p.m. with RMTC’s full production of “Alabama Story.” This Alabama premiere production is in conjunction with the state’s bicentennial celebrations, Cromwell said.

This new work by Kenneth Jones is a fact-based tale of a fearless librarian who fought against censorship of a controversial children’s book. It will also be performed on March 18 at 2 p.m.

“The Ballad of Klook and Vinette,” a story about a drifter and his new-found love, will rehearse at YWCA, an organization dedicated to eliminating racism, empowering women, and promoting peace, justice, freedom and dignity for all. A Writer’s Roundtable will be on March 16 at 7:30 p.m., followed by the reading at 8:30 p.m.

The festival continues on March 17 at 1 p.m. with the reading of “Everything That’s Beautiful,” a piece about a young family trying to come to grips with a son who lives his life as a daughter, will hold its rehearsals at Birmingham AIDS Outreach, whose mission is to enhance the quality of life of those with HIV/AIDS, those who are at-risk, affected individuals, and the LGBTQ community.

“Mother Emanuel,” the powerful story about nine courageous warriors who lost their lives at the hands of a domestic terrorist, will rehearse at the historic 16th Street Baptist Church. The reading will be at 4:30 p.m. on March 17.

The final reading, “Sam’s Room,” will be on March 17 at 8:30 p.m. A pop-rock concert dramedy about a nonverbal special needs teenager trying to find a way to communicate, the rehearsals will be at The Exceptional Foundation, a Birmingham-based organization that serves mentally and physically challenged individuals.

The opening panel discussion, open to the public, features the creative team of each new work. Following each reading, panels of experts will lead audiences in constructive dialogue around what they have experienced.

The discussions, made “safer” through a focus on what was on stage, will yield rich and powerful conversations that RMTC believes will truly transform the landscape of the community.

Cromwell said that they considered approximately 40 plays to find the five to be a part of the inaugural festival.

“We wanted to find good material artistically, but also a cross-section of several topics under that Human Rights umbrella,” he said. “It is like when we make our decisions on shows in our season. We want dramas, comedies, musicals and multiple subject matters that would be of interest to our very diverse, theatre-going public.”