Pollin leaving Jewish Community Day School in the summer of 2019 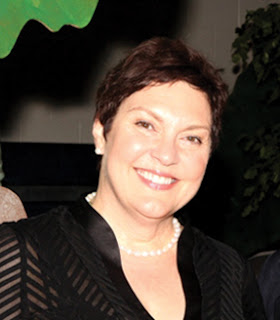 The coming school year will be one of change for Jewish Community Day School in Metairie. In addition to this fall’s addition of a sixth grade for the first time since before Katrina, and planning for an early childhood program that will open in August 2019, the school will be searching for a new director.

Sharon Pollin, who has led the school since 2013, announced that she will be returning to the Pacific Northwest in the summer of 2019.

“The decision was a tough one for me, personally,” said Pollin. “I adore JCDS and it has been my honor to lead this amazing school in partnership with so many accomplished, dedicated, and delightful people.”

Pollin cites the distance from her family as the primary reason for her departure. “I am a Pacific Northwesterner and the majority of my family is there,” with family circumstances compelling her return.

A Washington native, Pollin had been in Portland since 1968. She was education director of the Maimonides Jewish Day School in Portland, which has an enrollment of about 50 students. Before that, she headed the Circle of Life preschool when it became a partner agency of the Jewish Federation of Greater Portland.

In 2011 she was named interim head of school at the Jewish Community School of the Desert in Palm Desert, Calif., then returned to Maimonides in 2012, before moving to New Orleans the next year.

When she arrived, the school had just 29 students, was still regaining its footing after Katrina, and had changed its name to Community Day School in an effort to boost enrollment by appealing to the general community.

The January after her arrival, the word “Jewish” returned to the name and enrollment started to climb.

Pollin believes that she will be handing off a school that currently enjoys a “Jewish Day School Rock Star” reputation and will be highly attractive to a plentiful cadre of qualified candidates. She explained that her professional day school leadership colleagues have been cheering for JCDS throughout its post-Katrina journey, and are thrilled about the school’s success.

Wasserman said the board “has engaged the expert services of Prizmah, the National Center for Jewish Day Schools, to guide us through the search process, and we are thrilled that our dedicated coach is Melanie Eisen, a ‘New Orleanian by marriage’.”

A native Montrealer now living in Fairfax, Va., Eisen has a variety of credits to her name as both a teacher and leader of Jewish day schools.