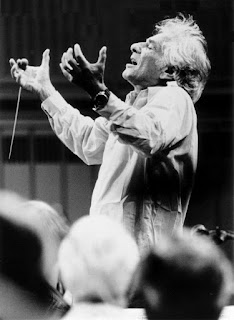 One hundred years ago, Louis Bernstein of Lawrence, Mass., came into this world and would go on to become “one of the most prodigiously talented, success musicians in American history” as Leonard Bernstein.

On May 4, the Alabama Symphony Orchestra honors the late, great composer, conductor, author, music lecturer and pianist with the Leonard Bernstein Centennial Celebration at the Samford University Wright Center.

Carlos Izcaray, music director for the Alabama Symphony, said Bernstein “is a total influence” on him. “He was extraordinary and excelled as a conductor, music director, composer, performer as well as educator. As someone with an interest in all of those fields, I’m in awe of Bernstein’s accomplishments.”
Izcaray said they received extensive catalogs from Bernstein’s publishers for the May 4 event. Bernstein’s son was one of the people involved in the planning.

The program focuses on the multifaceted characteristics that set Bernstein apart. “As our first great American-born internationally loved conductor, he forged deep relationships with some of the leading orchestras, hence our program of the concert opener ‘Divertimento’,” said Izcaray.

The piece is dedicated to the Boston Symphony, an ensemble Bernstein collaborated with on numerous occasions. The concert moved into “West Side Story” and concluded with Mahler’s Symphony No. 1.

Bernstein was the son of Ukrainian Jewish parents. At a young age, Bernstein listened to a piano concerto and was enthralled. He became a skilled pianist as a boy and would go on to become involved in classical and Broadway music. At age 15, he legally changed his name to Leonard.

Before graduating from Harvard in 1939, he made an unofficial conducting debut, then studied at the Boston Symphony’s new summer institute, Tanglewood.

In 1943 Bernstein became assistant conductor of the New York Philharmonic. Late that year, he substituted at the last moment for Bruno Walter at a Carnegie Hall concert that was broadcast on radio nationwide, and he quickly became a sought-after guest conductor.

He became music director of the New York Philharmonic in 1958 and more than half of his 400-plus recordings were made there.

In 1947, he conducted in Tel Aviv, leading to a life-long relationship with Israel.

His first large-scale work, “Symphony No. 1: Jeremiah” in 1943 was inspired by his Jewish heritage. His third symphony, “Kaddish,” premiered with the Israel Philharmonic Orchestra in 1963 in memory of President John Kennedy.

Bernstein was the first conductor to give a series of television lectures on classical music, starting in 1954 and continuing until his death in 1990.

He also was known for his Broadway music, including “West Side Story,” “Peter Pan” and “On the Waterfront.”

In 1956 he collaborated with New Orleans native Lillian Hellman, who also had roots in the Demopolis Jewish community, on “Candide.”

Among numerous international accolades, Bernstein was made Laureate Conductor of the Israel Philharmonic in 1988, and in 1985 he received a Lifetime Achievement Grammy.

On April 19, the Baton Rouge Symphony’s “Promises of Springtime” was also part of the celebration. The performance at the River Center Theatre featured former Louisiana State University Baseball Coach Skip Bertman narrating prose from Bart Giamatti’s “The Green Fields of the Mind.”