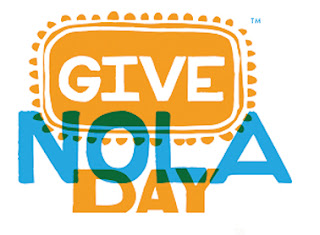 Numerous Jewish agencies participated in this year’s GiveNOLA 24-hour online fundraiser on May 1, with the Jewish Federation of Greater New Orleans once again pulling in big numbers.

The Federation set a goal of 150 gifts, just below the 156 they attracted last year, but easily surpassed it with 215 gifts over the 24 hours.

For the fourth year in a row, the Federation placed first among small organizations, earning an additional $10,000. The Federation came in seventh overall with a listed total of $92,416, but matching funds and bonus funds will boost the figure. Last year the Federation’s final figure was $121,676.

During the day, the Federation had Power Hours with matching funds that were contributed by the Federation’s annual campaign co-chairs, Julie Schwartz and David Radlauer, and Federation CEO Arnie Fielkow, and his wife, Susan Fielkow.

The dividing line between large and small organizations is an operating budget of $1 million.

The school received 141 gifts, and in the small organizations category ranked first in Jefferson Parish for education, second in education among all parishes.

The Anti-Defamation League received $23,831 from 101 gifts, far above last year’s $4,043. The ADL received a $1,000 Rock Around The Clock bonus for 11 p.m. to midnight. Any organization receiving a gift of at least $10 in a particular hour is eligible to randomly be selected for that hour’s prize.

The New Orleans Jewish Community Center, which did not participate last year due to its capital campaign, raised $5,786 from 65 gifts.

Jewish Children’s Regional Service attracted 62 gifts for $3,564, the Jewish Endowment Foundation of Louisiana raised $3,327 on 24 gifts, Jewish Family Service of Greater New Orleans had 62 gifts for $2,873, Avodah raised $2,726 from 34 donors, National Council of Jewish Women attracted $2,398 from 37 gifts, Beth Israel received $1,452 from 11 gifts, Hadassah New Orleans had 20 gifts for $679, Northshore Jewish Congregation had six donors contribute $305. Torah Academy made its GiveNOLA debut with four gifts for $186, but had just done its own major online fundraiser the week before.