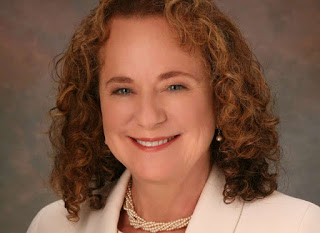 At the June 8 event, New Orleans’ Hess will receive the American Spirit Medallion, given to individuals “who demonstrate extraordinary dedication to the principles that strengthen America’s freedom and democracy.”

Among the numerous boards Hess has served on are the Jewish Endowment Foundation, Tulane Hillel, the National Council of Jewish Women and the Longue Vue Foundation. Hess founded the Louisiana Association of Film and Video Professionals, and when the National D-Day Museum, which became the National World War II Museum, first opened, she became a trustee.

Hess was creator and first chair of the museum’s Victory Ball. After Katrina, she was active with Women of the Storm and One Greater New Orleans.
Among the honors she has received is the Weiss Award from the National Conference for Community and Justice.

Also receiving the medallion are football legend and humanitarian Archie Manning, and Adair Margo, first lady of El Paso, Tex., and chair of the President’s Committee on the Arts and the Humanities during the George W. Bush administration.

Silver Service Medallions are presented to “veterans and those with a direct connection to World War II who have served our country with distinction and continue to lead by example.”

Charles Krulak, now living in Birmingham, served for 35 years in the U.S. Marine Corps, becoming Commandant and a member of the Joint Chiefs of Staff. During his service in Vietnam, he escorted Israeli military legend Moshe Dayan through the forests for several days, developing a friendship. Krulak would visit Israel numerous times.

After retiring, he was chairman and CEO of MBNA Europe Bank. After MBNA, he served on corporate and sports boards, then in 2011 moved to Birmingham to take over Birmingham-Southern College, which was struggling from financial difficulties. In his four years as president, he revitalized the liberal arts institution and never took a salary. He and his wife, Zandi, lived for much of the time in the school’s dorms, and distributed late-night cookies in the library during finals.

Though not Jewish, Krulak works closely with the Birmingham Jewish Federation and was an honorary chairman of the 2017 Jewish Community Centers Maccabi Games in Birmingham. He also serves on the U.S. Israel Educational Association board.

Krulak’s father, who died in 2008, will receive the medallion posthumously. “Brute” spent 34 years in the Marine Corps. In his early years of service, he was stationed in Shanghai and observed a ramp-bowed landing boat used by the Japanese. He took photos, built a model and discussed it with boatbuilder Andrew Jackson Higgins.

Brute’s notes were used to develop the Higgins Boat, the New Orleans-built transports that were crucial at the Normandy Landing of D-Day and in the Pacific.

After retiring in 1968, he became president of Copley News Service.

Also receiving the medallion is Bernice “Bee” Falk Haydu, champion of the Women Airforce Service Pilots from World War II, and in the 1970s she led the fight to get Congress to recognize the WASPs as World War II veterans. A member of the Aviation Hall of Fame, her original WASP uniform is displayed at the Smithsonian National Air and Space Museum.

The American Spirit Award is given to an individual “who best exemplifies the outstanding qualities of the American spirit, including teamwork, optimism, courage, and sacrifice, and who inspires the exploration and expression of these values through their own life and work.”

This year’s honorees are Gary Sinise and Maurice Greenberg. Sinise is an actor who created the Vets Night program at the Steppenwolf Theatre in Chicago. His connection to the military was cemented in his portrayal of Lieutenant Dan Taylor in “Forrest Gump” in 1994.

In 2011, Sinise established the Gary Sinise Foundation to serve and honor “our nation’s defenders, veterans, first responders, their families, and those in need” through unique experiences. Many World War II veterans are brought to New Orleans to visit the museum and receive a hero’s welcome.

On June 6, 2014, at the 70th Anniversary celebration of D-Day at the Statue of Liberty in New York, Greenberg was awarded the French Ordre National de la Légion d’Honneur for his service during World War II. He also received of The Bronze Star Medal from the United States.

A patron’s event will be held on June 7 at the Windsor Court Hotel for guests from across the country and the museum’s board.

The American Spirit Awards Luncheon and Leadership Forum will be on June 8 at 10:30 a.m. at the U.S. Freedom Pavilion. The honorees will share their experiences with 51 student leaders, representing each state and the District of Columbia.

The gala will be that evening at 6, also at the Freedom Pavilion. A cocktail reception will precede the event, in the Solomon Victory Complex and BB’s Stage Door Canteen.