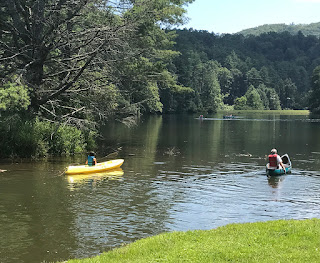 A left-wing advocacy group that opposes Israel’s occupation of the Palestinians but takes no official position on the BDS movement that seeks to eradicate Israel, or on the existence of Israel itself, has been trying to get Jewish summer camps to adopt their advocacy positions.

The camps aren’t buying in.

IfNotNow, which was formed as an anti-occupation group during Operation Protective Edge, the 2014 Gaza operation, began “You Never Told Me,” where young adults assert that they were given a sugarcoated, always-right view of Israel and had never been taught about the occupation or the plight of the Palestinian people.

To correct that, the group is pushing for Jewish summer camps to teach their views of the conflict, saying the American Jewish establishment is “out of touch” with young adults when it comes to the Middle East.

According to the group’s website, “We do not take a unified stance on BDS, Zionism or the question of statehood” for Israel. “We work together to end American Jewish support for the occupation.”

Jim Mittenthal, director of Camp Barney Medintz in Georgia, said “We do not have staff who are part of this organization… This is not who we are. And we will not enable or permit a forum for these anti-Zionist positions.”

Each year, Mittenthal visits Israel twice as he brings 20 Israeli emissaries from the Jewish Agency for Israel to the camp. “Our posture is to infuse experiences that enrich our camp community and focus on the array of positive cultural aspects of Israeli life through music and dance, language, stories and history, technology and achievements, food, art and theater, teva/nature and other cultural experiences. We do not step into political judgment.”

Over 1,000 Israelis work in Jewish summer camps each year.

Many of the activists are alumni of Camp Ramah, and Ramah has received much of the media attention during the controversy. Ramah, the Conservative movement’s camping system, operates 10 overnight camps, including Ramah Darom in north Georgia, and five day camps.

On June 11, Rabbi Mitchell Cohen, director of the National Ramah Commission, and others from the commission, issued a statement asserting that “Ramah camps have not engaged — and will not engage — in any way with If Not Now as an organization.”

At a recent meeting with 15 Ramah alumni who are active with the group, “After listening to their views, we made it very clear to them that while liberal pro-Israel views on the conflict can be voiced and taught at camp, we do not allow any anti-Israel, anti-Semitic or anti-Zionist education at Ramah.” He added that Ramah “will not partner with any organization that is not unequivocally pro-Israel.”

Many IfNotNow activists have expressed disappointment at the camps’ reaction, and taken umbrage to the characterization of such education as being anti-Semitic, chalking the camps’ reluctance to engage as an unwillingness to upset donors.

Last year, Cohen told Ha’Aretz Ramah does teach older groups about the “difficulties of the occupation” but differs with IfNotNow on “the amount of focus it should get” at camp.

A June 17 Jewish Press article by a writer who infiltrated an Internet workshop for the activists reported that those who will be working as counselors were encouraged to do an end-run around the restrictions. Among the suggestions were adding Arabic words to signs that are normally in Hebrew and English, telling campers ages 12 to 15 stories about Palestinian children their age, promoting Bar/Bat Mitzvah projects to support Palestinian causes, and saying Kaddish for Palestinians killed in Gaza. For older campers, discussions can include the environmental harm of the occupation.

No mention was apparently made of the arson kites from Gaza, which have burned several thousand acres in Israel in recent weeks, including nature preserves.

The suggestions were presented with a framework of saying parents and educators are “good people” even though they are “hiding” information from the campers about discrimination against the Palestinians.

Lex Rofeberg, a former Education Fellow at the Goldring/Woldenberg Institute of Southern Jewish Life in Jackson, and active with IfNotNow, recently posted that “Calling on your camps to educate differently is not hate. Asking for the Occupation to be named, and Palestinian voices to be heard, is not blasphemy.”

Roughly 98 percent of Palestinians in the West Bank live under the jurisdiction of the Palestinian Authority, with Israeli forces going into those areas only when pursuing someone following a terror attack. In 2005, Israel withdrew completely from Gaza, which was taken over by Hamas in 2006. Since 2007, Israel has maintained a blockade of Gaza, restricting “dual-use” materials used by Hamas to make war against Israel. Egypt has since joined the blockade.