In Louisiana “Jewish blood” suit, ruling says Jews can be considered a race under Title VII 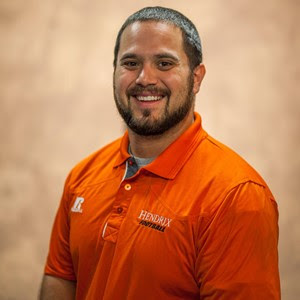 It’s an age-old debate: Can Jews be regarded as a race?

According to a ruling in the U.S. District Court’s Western District of Louisiana, when it comes to an employment discrimination case, the answer can be yes.

U.S. Magistrate Judge Mark Hornsby made the ruling in denying a motion to dismiss a lawsuit against Pineville’s Louisiana College and College President Rick Brewer. Joshua Bonadona filed suit in February, alleging that the college discriminated against him in not hiring him as defensive backs coach because of his “Jewish blood.”

Bonadona’s attorney, James Bullman of Baton Rouge, said this was the first instance he has been able to find where Jews are classified as a race to access the protections of Title VII of the Civil Rights Act of 1964.

Under Title VII, employers cannot discriminate based on race, color, religion, sex or national origin. However, private religious-based institutions like Louisiana College are allowed to use religion as a determining factor in employment, hiring only those who share their mission and worldview. Thus, Bonadona could not sue based on religious discrimination.

The July 13 ruling notes that Title VII does not define the term “race,” nor has the U.S. Supreme Court provided a definition, but a 1987 employment discrimination decision under 42 U.S.C. 1981 said when it was passed in 1870, Congress “intended to protect from discrimination identifiable classes of persons who are subject to intentional discrimination ‘because of their ancestry or ethnic characteristics’ whether or not it would be classified as racial in terms of modern scientific theory.”

Hornsby noted that “Modern sociologists and anthropologists… debate whether Judaism is a people, a religion, or both. There is no doubt, however, that many people have and continue to view being Jewish as a racial identity.”

Anti-Semites are not concerned with a person’s particular religious beliefs, Hornsby said. “Jewish citizens have been excluded from certain clubs or neighborhoods, and they have been denied jobs and other opportunities based on the fact that they were Jewish, with no particular concern as to a given individual’s religious leanings. Thus, they have been treated like a racial or ethnic group that Title VII was designed to protect from employment discrimination based on membership in that group.”

Bullman said the ruling gives Jews additional protection under Title VII, which “in and of itself is a big deal for our community.”

A Baton Rouge native, Bonadona has a Jewish mother and Catholic father, and was raised Jewish. After graduating high school in 2008, he attended Southeastern Louisiana for a year, then transferred to Louisiana College, becoming a kicker on the football team.

While at Louisiana College, Bonadona converted to Christianity, and often led team devotionals. In August 2013 he was hired as special teams coordinator and assistant defensive backs coach, then he graduated that December. He continued in those positions until the summer of 2015, when he left to pursue a graduate degree and a coaching position at Southeast Missouri State.

After Dennis Dunn resigned as Louisiana College’s football coach, in 2017 new head coach Justin Charles approached Bonadona about returning as defensive backs coach. After an interview with Charles and Brewer, Charles “made a full recommendation” to hire Bonadona, pending the “formality” of Brewer’s approval.

It was widely known at the college that Bonadona’s mother is Jewish, and during the interview, Bonadona “repeatedly” made it clear that he is a practicing Christian.

With the assurance that he would be hired, Bonadona resigned at Southeast Missouri, but a week after the interview, Charles told him the college would not be hiring him because of his “Jewish descent.”

According to the suit, when Bonadona asked what that meant, Charles said Brewer refused to hire Bonadona because of his “Jewish blood,” though since his college days he has been a practicing Christian.

In a statement following the July 13 ruling, Brewer said Bonadona was not selected for the position because his application and interview responses revealed “he was not the best candidate for the position. And anyone who would examine my criteria for employment would readily surmise that I have not made, nor do I make any connection to race or gender in the hiring process.”

Brewer added, “I believe the term ‘Jewish blood’ was cited by the lawyer in the suit for its incendiary affect (sic).”

The college’s legal counsel said Bonadona’s responses “did not comport with the College’s commitment to hire leaders and educators who reflect the College’s mission.”

Louisiana College did not fill the position until after the 2017 season, and Bonadona wound up taking “a less desirable position at Hendrix College in Arkansas for less money and fewer employment benefits.”

Bonadona filed an EEOC charge in May 2017, citing only race in the application, and in February the EEOC issued a Notice of Right to Sue.

Louisiana College tried to get the suit dismissed, stating Jewish heritage does not qualify as a race or national origin.

After the motion to dismiss was refused, Brewer said “we intend to file an objection to the magistrate’s recommendations as being contrary to applicable law and jurisprudence. But if we must go to trial, we look forward to defending these unmerited claims and falsehoods, and the dismissal of the lawsuit.”

David Barkey, national religious freedom counsel for the Anti-Defamation League, said while the ruling is a “novel” decision that may well be upheld, it likely won’t have much effect. In the overwhelming majority of cases where someone Jewish alleges harassment or discrimination, the case is filed on the basis of religion.

The facts in this case, a Christian institution allegedly discriminating against a Christian who is of Jewish heritage, are “highly unusual… that won’t happen very often,” Barkey said, and to bring a Title VII claim against an institution that is legally entitled to “hire and fire” based on religion, “they had to find an alternate route,” that of race.

While this ruling, if it stands, may give Jews greater protection under Title VII, it also touches on “sensitivities in the Jewish community,” as the ideology of Nazi Germany and neo-Nazis today refers to Jews as a race, and an inferior one at that.

Barkey added that this is a legal decision, “not a sociological decision on what is or is not race.” He expressed concern that supremacist groups might take the decision out of context, as proof that the government agrees with them regarding Jews as a race, but isn’t certain that such a move would be that significant.

Bullman said anti-Semites “don’t need this case to justify their beliefs,” and it is far more important that the Jewish community has “an extended protection” in Title VII. “It’s a much bigger shield than it would be a sword.”

Now, pending the college’s objection to the July 13 ruling, the suit moves into the discovery and deposition phase, and Bullman expressed confidence that a jury will find in Bonadona’s favor.

Naturally, Brewer has a different opinion. “There are no facts to support the lawsuit’s allegations, which will be proved to be unwarranted and factually incorrect.”