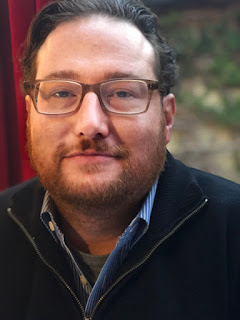 The Reform congregation made the announcement following a July 15 special meeting.

Berk will be the sole resident pulpit rabbi in Huntsville, as Etz Chayim, the much smaller Conservative congregation, is visited monthly by Rabbi Stephen Listfield. Mushka and Rabbi Moshe Cohen lead Chabad’s presence in Huntsville.

Berk said he looks forward to “working alongside other Jewish professionals of all the various Jewish denominational affiliations, both in Huntsville as well as the state of Alabama, with the goal of advancing our shared Jewish interests.”

He also admires Chabad’s success at outreach, and has prayed at several Chabad shuls in places where he has lived through the years.

His “indirect” path to the rabbinate was “unconventional,” he said. Growing up in Dallas, he “hated” religious school and refused to go on to Confirmation after his Bar Mitzvah. Still, Judaism was one of his passions, along with the craft of storytelling, and he came to realize how narrative had always been at the core of Judaism.

At New York University, he studied art, going to Florence to study the Old Masters. Traveling in Europe and being confronted by the vanished Jewish history throughout the continent, he was prodded to take his Jewishness more seriously.

Returning to the U.S., he started graduate studies at the Conservative movement’s Jewish Theological Seminary, then finished a Master’s in Hebrew Studies at the University of Texas. Taking the next step to rabbinical school, he had a decision to make — Conservative or Reform?

Though his personal practice is more Conservative, he chose to attend Hebrew Union College-Jewish Institute of Religion in Los Angeles, becoming ordained in 2008. During that time, he spent a couple of summers at the Shalom Hartman Institute in Jerusalem, and in 2004 was HUC-JIR’s representative at the Center for Christian-Jewish Understanding Annual Institute for Seminarians and Rabbinical Students.

After being ordained, he started doctoral work in modern Hebrew poetry, and was determined to have a pulpit-based rabbinate. In 2009, the hospice position was open, and “I couldn’t resist interesting and challenging” despite his strong sentiment against non-pulpit work.

His eight years there “have provided me with a wealth of valuable skills which have deeply enriched my role” as a pulpit rabbi. His time at the hospice included over 1,500 patients with families “of all religious identities and of every socio-economic level.”

Now, he wants to take the next step and serve as a full-time pulpit rabbi, “to share what I have learned while continuing to learn, to continue to expect the unexpected, and to always become better at what I do and how I do it.”

Another personal step for Berk is his upcoming wedding, to Shira Auerhahn. Both have been living in Los Angeles for 15 years, but they did not meet until March 2016 — through JDate. On the two-year anniversary of their first date, they went back to the restaurant where their first date had taken place, and became engaged.

The wedding will be Oct. 14 in Ashland, Mass., as she grew up in a small town outside of Boston.

They are “so very excited to be coming to Northern Alabama,” Berk said. Though they have been in Los Angeles for 15 years, “our moving to Huntsville is a revisiting of our shared but different roots, prior to living in L.A.”

Berk succeeds Rabbi Elizabeth Bahar, who was at B’nai Sholom for nine years and took a new position in Jacksonville this summer.