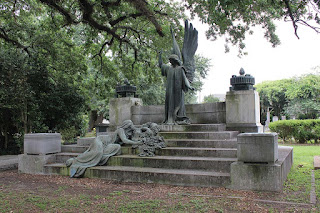 While many in the fashion world are mourning the Sept. 14 announcement that the iconic Henri Bendel is shutting down, the announcement also closes the book on a chapter of Southern Jewish history.

All of the chain’s 23 stores will close in January, according to an announcement by L Brands, which also owns Bath and Body Works, and Victoria’s Secret.

“We have decided to stop operating Bendel to improve company profitability and focus on our larger brands that have greater growth potential,” L Brands CEO Les Wexner said in the statement.

Henri Bendel’s parents, William Louis Bendel and Mary Plonsky, were married in New Orleans in 1863. They moved to Vermilionville, which later became Lafayette, and opened a general store. Henri Bendel was born in 1868 and was raised in an apartment above the store.

When Henri Bendel was six years old, his father died. His mother was great at business, and eventually ran a furniture store, drug store, dry goods store and an undertaking parlor. In 1878 she remarried, to Benjamin Falk, who would become highly successful. Among their businesses was Falk’s Opera House.

After graduating from school, Bendel opened a millinery shop in Morgan City, but it burned down soon after he married Blanche Lehman in 1894. They decided to try New York, and Bendel opened his store in 1895, but that year, Blanche died in childbirth.

He put his energy into the business, becoming known among socialites for his stylish hats. He developed a signature brown and white stripe pattern for his shopping bags and hat boxes, and because he spoke French, imported fashions from Paris.

The business took off as he also became a fashion designer. He created his own label of perfumes and soaps, the first retailer to do so. He also created the concept of a semi-annual sale, in-store makeovers and fashion shows.

Though his business was in New York, in 1927 he bought almost 180 acres along the Vermillon River, the former Walnut Grove plantation. In 1950, the land was subdivided and is still known as the Bendel Gardens neighborhood in Lafayette.

The monument, “Angel and Mourner,” is made of Dorian gray granite with Italian bronze figures.

The Southeastern Architectural Archive at Tulane University has the presentation model of the memorial in its collection.

Bendel Road in Lafayette is also named for him.

Bendel died in New York in 1936, and his nephew took over the business.

Bendel is thought to be the one who first brought Coco Chanel to the United States, and many years later the store hired an in-house illustrator named Andy Warhol.

According to a piece in the New York Post, since acquiring Henri Bendel in 1985, L Brands in recent years neglected the iconic store. In 2008, they started opening Bendel stores outside New York, then announced the next year that they were no longer going to sell clothes, concentrating on accessories and gifts.

In 2014, Bendel’s, which had been known for discovering talent such as Perry Ellis and Ralph Lauren, stopped carrying outside brands in favor of in-house lines that were not well-received. Also, the passion New Yorkers had for Bendel never really translated to other markets around the country.