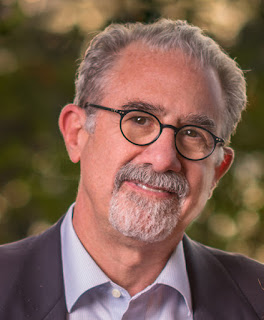 He will succeed Sandy Levy, who has headed the agency for 27 years, growing the overall assets of the Foundation from $10 million to around $60 million. Levy will remain with JEF for a transition period to enable a smooth, effective turnover.

Garon will be retiring from his legal practice at the end of this year after 33 years in the profession. He said he is excited to begin this next chapter in his life. For the last few months, he has been taking courses to earn the designation of Chartered Advisor in Philanthropy, enhancing his resume of professional and non-profit experiences.

Garon currently chairs the group that is developing the Louisiana Community Mikveh. Additionally, he has served the broader community in significant roles on the NORD Foundation, NORD Commission, Trust for Public Land, New Orleans Citizen Advisory Panel Commission, and the Southern Institute for Education and Research.

Lestelle said the search committee, which was co-chaired by Jill Israel, was looking for a “visionary, experienced, successful leader with powerful interpersonal skills who will continue to grow this important community organization, serving as an ambassador and trusted partner with donors, potential donors, and Jewish organizations.

“In Bobby, we found someone who exceeds all we hoped for,” she said.