Before Pittsburgh, worst synagogue attack in U.S. history was in Alabama 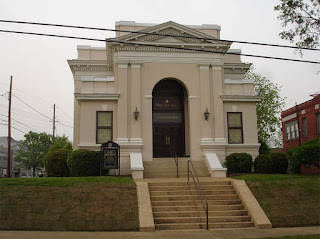 Before Pittsburgh, where was the worst attack on a Jewish prayer service in U.S. history?

Gary Zola, director of the American Jewish Archives in Cincinnati, told the Cincinnati Enquirer that the Pittsburgh attack was the first time in U.S. history that Jews were murdered while worshiping.

He added that the previous high watermark was at Gadsden’s Beth Israel on March 25, 1960. The congregation was holding a Shabbat evening service to dedicate the Zemurray Social Hall, with several Christian clergy in attendance.

After Franklin Denson of First Methodist Church gave a benediction, Jerry Hunt, a 16-year-old Nazi sympathizer, threw a firebomb through a stained-glass window, but it did not ignite.

As Rabbi Saul Rubin told those in attendance not to leave the building, two members ran out to see what had happened and were shot by Hunt. Alvin Lowi was hit in the hand, but Alan Cohn had an aorta nicked, and had a long road to recovery, requiring 22 pints of blood in the immediate aftermath.

Earlier that week, Hunt had attended a rally for Rear Admiral John Crommelin, a World War II hero who became a notorious white supremacist and anti-Semitic politician. Hunt had also recently had a confrontation with a Jewish student over a chess game.

According to reports from the time, Hunt had been interested in Nazism since seventh grade, and admitted painting a swastika on a local store a few months earlier. There had also been complaints by Jewish high school students over his wearing of a Nazi armband and helmet, so he was immediately a suspect in the case.

Hunt was captured within seven hours. That Sunday, sermons in churches throughout Gadsden condemned the attack, and a week later, Beth Israel was packed to overflowing as the next Shabbat service was also broadcast on local radio.

Days after that service, Hunt was killed when his car left the road and hit a tree. The attack was seen as an “anomaly” in an otherwise positive relationship that the Jewish community had with the greater Gadsden community.

During the civil rights era, there were several bombings of synagogues, including the bombing of The Temple in Atlanta in 1958. Other bombs went off in North Carolina, Florida and Tennessee.

An attempted bombing took place at Birmingham’s Temple Beth-El in April 1958. The bomb, which had been placed in a window well and malfunctioned just short of detonation, was three times as powerful as the one that would kill four girls at Sixteenth Street Baptist Church in 1963.

In all the bombings, the buildings were unoccupied at the time of the blasts.

In a statement, Anti-Defamation League CEO Jonathan A. Greenblatt said the Pittsburgh attack is “likely the deadliest attack on the Jewish community in the history of the United States.”

In 1977, a white supremacist randomly chose Brith Sholom Knesseth Israel Synagogue in St. Louis and killed a guest in the parking lot after a Bar Mitzvah.

In 1999, Buford Furrow Jr. opened fire in the lobby of the North Valley Jewish Community Center in Los Angeles, injuring five. In 2006, a gunman killed one and injured five at the Seattle Jewish Federation.

In 2014, a former Klan leader shot and killed three people at a Kansas City Jewish Community Center and a Jewish retirement facility. All three of the victims turned out to be Christians.