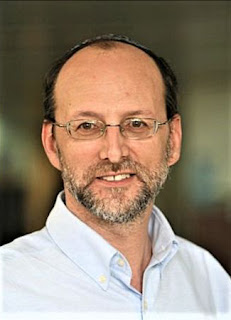 In the days before America’s Nov. 6 midterm elections, amid growing political strife and divisiveness within the U.S., veteran Israeli journalist Herb Keinon spoke in Alabama.

Keinon, diplomatic correspondent for the Jerusalem Post, has covered more than his fair share of divisiveness and strife in his own country and he offered an array of observations during a talk at Birmingham’s Levite Jewish Community Center on Nov. 4, and Temple B’nai Sholom in Huntsville on Nov. 5.

Much of his speech, however, focused on why Israelis continue to overwhelmingly support two controversial leaders, Benjamin Netanyahu and Donald Trump, who many American Jews feel are divisive.

Keinon stressed that this support of Netanyahu and Trump among Israelis is not a 100 percent endorsement of everything they do or say or a defense of the controversies that surround both leaders.  Rather, it is a reflection that when it comes to major issues that drive Israeli thinking, these are two leaders who enjoy widespread support among the Israeli public on those issues.

Netanyahu, who is on the verge of becoming Israel’s longest serving prime minister, is seen as a protector of the Israeli people and someone they trust to make the country safer for them and their families.

“You have to understand what it feels like to feel insecure,” the Israeli journalist said reflecting on day-to-day life in the country. “This insecurity is real and shapes how we think about the world.”

He said 18 years ago, the outbreak of an unprecedented war of terrorism against the Israeli people by the Palestinians, after their leader Yasser Arafat rejected Israel’s unprecedented peace concessions, transformed the Israeli psyche and created a trauma that goes on to this day.

“We were mugged by reality,” Keinon said. “Terror came into the cities and affected everybody — the terrorism left a scar on the people that we have not yet gotten over.” This was a traumatic period for Israelis that instilled fear throughout society as Israel bravely faced what seemed to be a nonstop barrage of suicide bombings and other acts of terror.

Keinon also gave Netanyahu high marks for his handling of the Israeli economy, another issue that is important to the Israeli people.

Turning to Trump in more detail, Keinon stressed that he was giving an Israeli perspective and again reminded his audience that “Israeli Jews are consumed by security.” Trump, in the eyes of many Israelis, has been a great and steadfast friend of their country which, Keinon says, is what drives their admiration for Trump.  Appreciation for the American president is reflected in Israeli opinion polls.

As a result, “Israelis look at U.S. presidents in terms of who is best for Israel while American Jews think about other things.” And when it comes to Israel, Keinon maintained, Trump gets high marks for his leadership in three key areas.

The first is “changing the conversation about Israel” and creating a much more positive tone in U.S.-Israel relations, and not “airing disagreements in public.” Additionally, as part of this change, the Israeli journalist noted that Trump has surrounded himself with influential advisors “who like, understand and support Israel.”

The second area involving Trump is his withdrawal from the Iranian nuclear accord and the new economic and political pressures that he has put on the Iranians. “This has had tremendous implications in thwarting Iran and it is now a different ballgame,” said Keinon. “Trump has put the Iranians on the defensive.”

The third area, which Keinon described as “major for Israel,” is the moving of the U.S. Embassy to Jerusalem and recognizing Jerusalem as Israel’s capital. “Symbols matter,” he said, “and also by moving the embassy, Trump sent a message to the Palestinians that there is a price for continued rejection of Israel and unwillingness to negotiate.

“As a whole, Trump has been extremely good for Israel.”

Keinon, who immigrated to Israel from America, is well-known to those who read the Israeli news media. He has worked for the Jerusalem Post for 31 years and took over the diplomatic beat in 2000. In that role, he covers Israel’s prime minister and foreign minister.