“Voice of Mobile” Barry Silverman to be honored by Mobile Federation 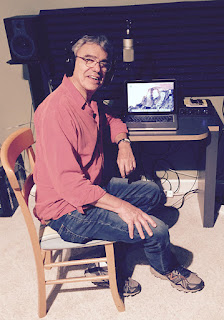 Barry Silverman will be presented the Joshua Award by the Mobile Area Jewish Federation at a March 16 event at Springhill Avenue Temple, in recognition of his dedicated service to the Federation.

While he has been active in several areas, of particular note in selecting him for the award is his spearheading and coordinating the Mobile Jewish Film Festival for almost two decades.

The festival now consists of about a dozen events at a range of venues, including screenings of a Holocaust-related film for area schools.

Silverman, known as “the voice of Mobile,” formed Soundworks in 1979, where he is a writer, producer and engineer. He naturally became interested in theater and music, and that also moved into the area of film festivals.

“Barry began with a passion for film, along with a vision for starting a Jewish Film Festival in the Mobile community back in 1999. He went to a workshop given by the Institute of Southern Jewish Life on how to do just that. Upon his return, there was no turning back,” said Mobile Jewish Film Festival co-chair Rickie Voit. “It is this passion to bring joy through his love of music, film, art and drama that continues to make a wonderful difference in the lives of so many in our community.”

In addition to co-chairing the film festival, Silverman has served on the Federation board for many years.

Donald Berry, co-director of Gulf Coast Center for Holocaust and Human Rights Education, said Silverman “has the demeanor to match his velvet voice — relating to others with respect and courtesy in terms of family, Temple and his many community volunteer efforts. He has helped to build the Mobile Jewish Film Festival into the prominent regional event we experienced this year.”

Jerry Darring, who curates the Alabama Gulf Coast Holocaust Library, said “From my perspective, which includes Christian-Jewish dialogue and Holocaust education, Barry has always impressed me as a beautiful example of Torah integrity, faithfulness to Jewish identity, respect for everyone, and dedication to tikkun olam.”

According to the Federation, the award was named for Joshua because, though Moses is known for the Exodus, Joshua is the one who led the Israelites into the Promised Land, playing “a critical role in our development as a community. One does not need to be as famous as Moses to influence and uplift a community.”

Rabbi Steven Silberman of Ahavas Chesed said the award’s name “testifies to Barry’s consistent service to our local Jewish people, by helping all of us to place our feet more firmly within a shared Jewish community.”

The cocktail reception will be on March 16 at 7 p.m. at Springhill Avenue Temple. Reservations are $30 per person.