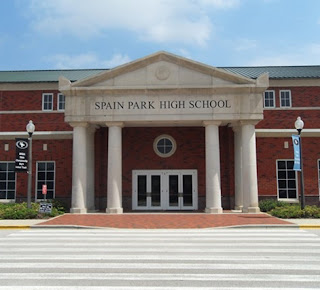 Controversy swirled over Spain Park High School in Hoover, a Birmingham suburb, after a video went viral last weekend where students used slurs in talking about blacks and Jews.

The video shows students drinking at a party that was not on school property.

There were also comments, using the n-word, about putting blacks in concentration camps “until they die,” and one student said blacks were needed for football and rap music.

The one-minute video has over two million views.

The Hoover school system said in a statement that “Although it was not part of any school function, the conduct in question is in direct conflict with our school system’s values and its mission. Our school administrators are carefully investigating the situation in order to assess our options under the Code of Student Conduct.”

Some Spain Park students have said they hope the video is the catalyst for an honest discussion about something that has gone on too long among students at the school. The student body is 61 percent white, 22 percent black, 6 percent Asian, 6 percent Hispanic and 5 percent mixed-race.

On March 5, Spain Park Principal Larry Giangrosso met with each grade to discuss the video, and also encouraged teachers to have discussions in class.

A white teacher at Spain Park was sent home for the day and is being investigated for using the n-word in class during those discussions on March 5. She apparently said that everyone uses the n-word, so she could also.

Responding to the video, Hoover Mayor Frank Brocato said “The City of Hoover condemns racism and hatred in every form and at any place or time. We are deeply disturbed by a video that is currently circulating on social media. Our city is a place for all people to live, work and play in a safe environment.”

Gordon Stewart, who owns the local Toyota dealership, confirmed his daughter was in the video. “Our family, Mackenzie included, blatantly reject all forms of racism or bigotry and the sentiments from this video do not accurately reflect her or our true feelings. This experience has proven to be a crucial lesson in her maturity and she directly expresses her heartfelt apologies for her insensitivities,” he posted.