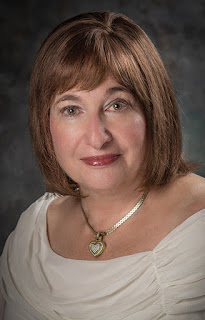 For the first time in 27 years, there is a new face at the helm of the Jewish Endowment Foundation of Louisiana, and the agency will celebrate the leadership of Saundra Levy at its annual event this month.

Levy retired at the end of last year and was succeeded by Bobby Garon. While the agency has grown tremendously in stature and in dollars raised, Levy repeatedly emphasized how that growth was a team effort, through the hard work of long-term staffers and a dedicated group of lay leaders and professional advisors.

Levy said she knows Garon “will do a great job” in building up the agency’s resources, new funds “and continuing the work of JEF.”

Levy succeeded Helen Mervis, who retired in 1991. Mervis “had done a great job, and I definitely stand on the shoulders of those who preceded me,” Levy said. Over the last 27 years, JEF assets have grown from $8 million to over $62 million, and the agency went from having 50 named funds to over 500.

A New Orleans native, Levy started working for the city in 1969, soon becoming the federal programs administrator, seeking grants for projects in the city. After taking a little time off, she came back in 1975 to help formulate the ordinance that created the Historic District Landmarks Commission, then became its first director.

Being director was “a wonderful opportunity for me, and I was honored to be given that position by then-mayor Moon Landrieu.”

She learned the skills of managing an organization with several staffers, and how to serve through the administrations of several mayors. “I always had wonderful staff working with me,” at the commission, she said. “It’s the same with JEF.”

In 1991 she felt like it was time for a change, and she knew Mervis was retiring. Mervis had also been a city employee before joining JEF, and Levy felt JEF would be similar to her city position, as both dealt with things she cares about deeply, legacy and preservation. In this case, it would be “preservation and securing of the Jewish community and its organizations.”

She certainly had a knowledge of the community, “having lived here all my life,” and had a broad-based view as a graduate of what was then called the Lemann-Stern Young Leadership group of the Jewish Federation of Greater New Orleans.

When she started at JEF, “there was a lot to learn.” At the time, JEF had a staff of two and Levy knew beforehand that one of them would be departing soon, but after she started, the other one had to retire for family reasons.

She quickly hired two new employees, and today the agency has a staff of six. As assets grew and annual returns blossomed, JEF has been able to give more money in grants to constituent agencies and other Jewish organizations.

Numerous programs began under her leadership.

She is proud of JEF launching the Jewish Summer Camp Experience from the General Fund in 1999. “I was delighted that the Goldring Family Foundation wanted to take over the project and enlarge it” from just the New Orleans area to the rest of Louisiana, Mississippi, Alabama and the Florida panhandle. The Goldring Jewish Summer Camp Experience now gives a grant of up to $1,500 for any Jewish child in that region to attend an overnight Jewish non-profit summer camp for their first summer.

Around 1,400 campers have taken part in the program. “It has been an incredibly positive program, and it has been a pleasure to work with the Goldring Family Foundation,” she said.

Holocaust education has also been a priority. When “Schindler’s List” came out, JEF took many students from public and parochial schools to screenings. Recently, JEF received a request from a school for 20 copies of the Diary of Anne Frank. In response, JEF “placed a collection of 20 books on the Holocaust at all private, parochial and public schools in greater New Orleans,” over 80 schools, she said. “As survivors pass away it is crucial that we educate future generations about the Holocaust.”

From the time that Rabbi Edward Cohn “shared the vision” with Mayor Marc Morial, JEF was also involved in the creation of the Holocaust memorial at Woldenberg Park, which was dedicated in 2003. With its prominent location, it has been viewed by countless tourists.

Levy said working with the New Americans, the local Holocaust survivors, in remembering their families on the memorial, was “a very heartbreaking and heartwarming project.” She said it was “a tremendously important project” for the whole city.

She is also proud of Create a Jewish Legacy, started in 2009 as a partnership among JEF and the Jewish agencies and congregations, to safeguard the community through endowment funds that are boosted through bequests or other planned gifts.

She also imported Perpetual Annual Campaign Endowments, where donors establish a gift that will endow their Federation Annual Campaign gift in perpetuity. Some such gifts are for Lions of Judah, a giving level of women who contribute at least $5,000 annually.

Another major change was renaming JEF to the Jewish Endowment Fund of Louisiana, to position it as a statewide asset. It reflects that the agency holds funds for the Baton Rouge community and B’nai Israel in Monroe, as well as family foundations.

She also altered the format of the annual events, going from a seated dinner — to which it has sometimes returned — and held special events. Her second year, JEF had Abba Eban as a speaker, drawing over 500 in a bid to “expand our audience.”

JEF also has professional advisory events, where experts speak on financial matters, such as planned giving, educating the community on their options.

To that end, the Professional Advisory Committee is “a pivotal part of the success of JEF,” she said. “There is no way we would have the success we have had without the PAC, our presidents and our boards.”

The committee is a range of professionals and consultants in the community who assist donors in their philanthropic goals. She said the committee members allow JEF to offer personal service unmatched by for-profits, and “our donors tend to be our best advertisement.”

Another major responsibility is to be “a responsible steward of the assets,” and Levy said she worked with “outstanding leadership” overseeing investment strategy.

The JEF also touches the general community, with donors directing allocations to a wide range of non-profits, especially hospitals, universities and schools. There are also funds held at JEF for non-Jewish organizations. “We can do everything any community foundation can do,” holding funds for programs and maintaining donor advised funds, endowment funds for other agencies and charitable gift annuities for individuals.

Those annuities are “an excellent way for donors to provide for the future of the Jewish community” while receiving an immediate tax deduction and income. “That program has done extremely well,” she said.

Of course, August 2005 was a “pivotal time” in JEF history, Levy said.

After Katrina hit and the levees broke, the entire community was scattered across the region, with questions of how long it would take to be able to return, and what would be left in the community.

While other local agencies wound up in Houston or elsewhere after being evacuated, JEF was able to open in Baton Rouge. Thanks to members of the Baton Rouge community, JEF had office space and housing for its staff, and with the proximity to New Orleans, she was able to work with national groups that were coming to help. Soon, Jewish Family Service also opened a Baton Rouge office.

Because one of the staffers had put everything on a thumb drive just before the storm, they were up and running quickly, “locating people, holding board meetings by phone.”

During the recovery, JEF disbursed $1 million to the Federation. As Levy explained, if Federation is the community’s checking account, JEF is the savings account, and “it was definitely the rainy day, and we wanted to make our assets available” to help the community keep all of the institutions functioning.

Katrina also demonstrated the importance of the JEF’s General Fund. Many funds are donor advised or earmarked toward specific needs, while General Fund proceeds can be used for any need that arises. “These are the hardest dollars to raise, they are also the most important,” Levy said. “That was nowhere more evident than during Hurricane Katrina.”

Levy was also president of Temple Sinai. In that role, she was able to assist the Union for Reform Judaism’s efforts at disaster relief, helping ensure that the local congregations survived.

“There was so much hard work on the part of all the Jewish professionals to make sure we came through it,” she said.

Reflecting on the agency’s last 27 years, Levy said JEF’s best five years have been the last five years, and she especially praised the staff — Projects Coordinator Ellen Abrams, Donor Relations Manager Maggie Bothwell, Controller Doris Gauthier, Staff Accountant Aleshia Goodlow and Legacy Director Patti Lengsfield. She noted that they have been with the agency for a long time, with some at or approaching two decades.

“They know the donors,” she added, and that is important as donors “don’t have to get used to new people every year or two.” That has made a huge difference, she said.

She also spoke about the role models in her life. “So many of the past presidents and the current president have really been role models for me,” she said. “I have worked with many incredible people.”

But in speaking of role models, Levy mentioned her parents, especially her mother, who “owned a business and worked at a time when not a lot of women were doing that… my mother was really my original role model.”

With her passion for JEF, she is doing some consulting as needed, helping Garon with the transition. In Garon, “the board picked a great director who is equally as passionate about the Jewish community, and will have great success.”

In her new chapter, she will be able to visit her daughter in California more often, but she isn’t going anywhere. Her son lives in New Orleans, and “my life is in New Orleans.”

Noting that many of New Orleans’ leading philanthropists historically have come from the Jewish community, Levy said “one of the great joys is to be able to assist our donors and be able to witness the incredible generosity in what is a small segment of the overall community of New Orleans, and see the impact the giving has on the whole community.”