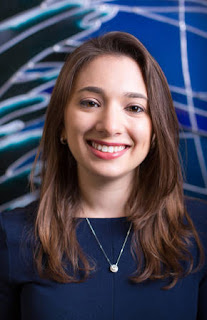 Agudath Achim in Shreveport announced that Rabbi Sydni Adler will become their next rabbi, starting June 17, and she will be moving to Shreveport with her fiancé, Rabbi Feivel Rubinstein.

Adler will succeed Cantor Neil Schwartz. She will be ordained this May at the Ziegler School of Rabbinic Studies at American Jewish University in Los Angeles.

A native of Agoura Hills, Calif., Adler attended Reform religious school and summer camps, then entered Swarthmore College to become a concert pianist. But her plans changed as she became inspired by Judaic text study, and she became president of the Hillel. After graduating with a degree in music, she spent two years at the Pardes Institute for Jewish Studies in Jerusalem, studying Jewish law and coordinating the egalitarian minyan.

Though she was becoming more traditional, her commitment to egalitarianism led her to the Conservative movement.

She enrolled in rabbinic school in 2014 and served as Jewish programming director for B’nai B’rith Camp in Oregon. For the last three years she has been rabbinic intern at Ohr Shalom Synagogue in San Diego.

Rubinstein grew up Conservative, attending Camp Ramah in California and being active in United Synagogue Youth. He attended the University of Colorado at Boulder, where he was active in AEPi, Hillel and local Jewish organizations.

After graduating with a degree in music, he entered the Ziegler School, where he met Adler. For the last six years, he has been a Jewish educator in Los Angeles, and director of ritual and prayer at Ramah.

With Adler’s arrival, both Shreveport synagogues will be led by a female rabbi, as Rabbi Jana de Benedetti is at the Reform congregation, B’nai Zion.