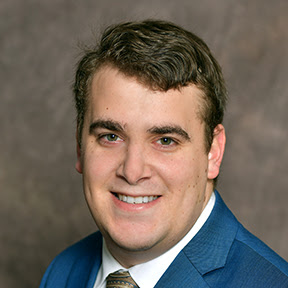 Jackson’s Beth Israel, home of the only full-time rabbinic pulpit in Mississippi, will have a new rabbi as of July 1, Rabbi Joseph Rosen.

Rosen grew up in Rochester, Minn., where both of his parents work for the Mayo Clinic. “Their dedication to helping others led me to seek a future where I could do the same,” he said.

He is finishing his studies at Hebrew Union College-Jewish Institute of Religion in Cincinnati, where he will be ordained next month. His undergraduate degree is from Brandeis University, with a major in psychology. That and his passion for Judaism, along with his desire to help others, led him to pursue the rabbinate, and “18 days” after graduating from Brandeis, he was on his way to Jerusalem for his first year of rabbinic school.

As a student rabbi, he has served at Rockdale Temple in Cincinnati; Temple Beth El in Beckley, W.Va.; Mt. Zion in Sioux Falls, S.D.; and Rodef Shalom in Falls Church, Va. Rather than enter the rabbinate as an assistant in a large congregation, he decided he wanted to serve in a smaller community.

He is also working on clinical pastoral education, to become a certified chaplain. He is also a Fellow at the Religious Action Center, and heads the chapel committee at HUC.

He succeeds Rabbi Jeffrey Kurtz-Lendner, who will become the executive director of the Jewish Federation of Greater Des Moines.