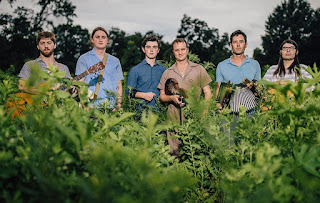 While there was uncharacteristic uncertainty over the headliner of this year’s New Orleans Jazz and Heritage Festival, there has been no such turmoil at Touro Synagogue, as the Grammy-winning Lost Bayou Ramblers will headline the 28th annual JazzFest Shabbat, with special guest Aurora Nealand.

The April 26 service has become a tradition during JazzFest, attracting congregants and tourists alike, along with some of the biggest names in jazz.

The Panorama Jazz Band, Cantor Kevin Margolius and the Touro Synagogue Choir will also be featured, under the direction of Terry Maddox. The 7:30 p.m. service is free and open to the community, with first-come first-served seating when the doors open at 6:45 p.m.

For anyone unable to attend in person, there will be a Livestream.

“Jazz Fest Shabbat has been an opportunity for us to celebrate the synagogue’s long history here in New Orleans,” Margolius said, “and to celebrate how deeply engaged our congregation is with this fantastic city.”

Margolius said there will be more musical collaboration this year. The Lost Bayou Ramblers will play along with several of the traditional liturgical songs, and “Mi Chamocha” will be done to the tune of one of their songs.

Nealand is a member of the Panorama Jazz Band and will be a featured soloist during the service, and will join with the Lost Bayou Ramblers for their concert.

Lost Bayou Ramblers began in 1999 in the Lafayette area as brothers Andre and Louis Michot performed the roots Cajun music they learned in Les Freres Michot, the band their father and uncles formed in the 1980s.

They have released nine albums, with a Grammy nomination for the 2007 “Live a la Blue Moon.” Their 2012 album, “Mammoth Waltz,” included guest artists Gordon Gano, Scarlett Johansson and Dr. John, and was named No. 2 in the “Top 21 Louisiana Albums of the 21st Century” by the Times-Picayune. That year, they also provided music for the Oscar-nominated “Beasts of the Southern Wild.”

Their newest album, “Kalenda,” celebrates the history and cultural diversity of Kalenda, a Caribbean dance, Louisiana rhythm, Cajun rock and roll song and woman’s name, which crosses the black and white, and Creole-Cajun divides. It won the Best Regional Roots Music Album Grammy.

Nealand grew up in California listening to Preservation Hall Jazz Band recordings, then after Oberlin College she wound up in New Orleans in 2004, performing as a vocalist and on saxophone and clarinet.

For those who want to get the party started early, there will be a patron’s dinner and fundraiser starting at 6 p.m. Patron levels start at $175 and include VIP seating for the service. The $300 level includes the group’s Grammy-winning album “Kalenda,” the $500 level includes an autographed JazzFest Shabbat poster, and the $1,000 level throws in two single-day passes to JazzFest.

Limited edition autographed posters will also be available at the service, for $50.

This will also be the first Jazz Fest Shabbat in the newly-renovated main sanctuary.

While there are many reasons to celebrate the community’s heritage, Margolius said “most of all, it’s Shabbat, and I can’t think of a better way to enjoy the day than with Jazz Fest Shabbat.”