Many Jewish groups involved in this year’s GiveNOLA Day, May 7 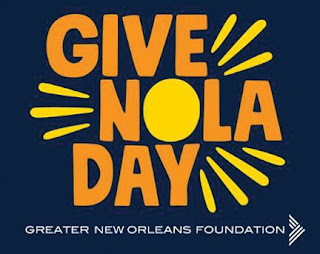 Several Jewish organizations in the New Orleans area will participate in this year’s GiveNOLA Day, a midnight-to-midnight online fundraising day that takes place on May 7.

Now in its sixth year, almost 700 non-profits participate in GiveNOLA, and last year almost $5.6 million was raised through 49,000 donations. A Lagniappe Fund is divided among the organizations in proportion to how much they raised.

There are also hourly Rock Around the Clock bonuses of $1,000, and any organization with a donation during that hour is eligible for the drawing. The minimum donation is $10.

Last year, the Jewish Federation of Greater New Orleans placed first among small organizations for the fourth year in a row, with $92,416 before matching funds were added. The dividing line between large and small organizations is an operating budget of $1 million.

Last year, the Day School placed first in Jefferson Parish in the education category, raising $25,600 plus a $20,000 match by three donors.

Instead of a GiveNOLA Fest this year, there will be a partnership with Young Leadership Council to have Get Down and GiveNOLA at the Wednesday at the Square concert series.

Donors may make contributions as early as May 1 here.