Murfreesboro 11-year-old Speaks Out Against Nazi Salutes at School 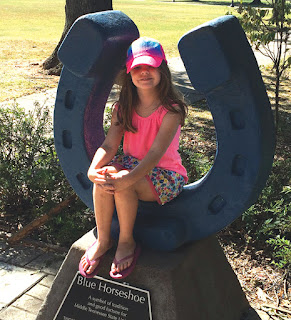 An 11-year-old girl in Murfreesboro is being commended for speaking out as classmates persisted in doing Nazi salutes in school, and the school has decided to discontinue a program that sparked the controversy.

When the girl told classmates to stop doing the Nazi salutes, she was sent to the hallway and then to the principal’s office to wait for her mother to pick her up, leading her father to post the account on Twitter.

Her father, Keith Gamble, chair of the Department of Economics and Finance at Middle Tennessee State University in Murfreeboro, asked for expressions of support for his daughter’s actions, support that poured in from around the world.

On a more concrete local level, the Community Relations Committee of the Jewish Federation and Jewish Foundation of Nashville and Middle Tennessee, along with the Southeast regional office of the Anti-Defamation League in Atlanta, has been working with the family and the school system.

In a series of tweets, the Gambles explained the timeline. The project began in early April, with students receiving their assignments. At the first rehearsal in mid-April, when the student portraying Hitler gave the salute, “10-20 classmates observing the performance return the salute.” After the Gambles’ daughter became upset by it, she was given “an open platform at that time to appropriately voice her concerns and share with her peers her feelings,” but then she was told “not to address it again” if classmates persisted.

Many students did persist, reportedly regularly doing the salute around campus. As she told the students that it was wrong, rumors started that a group of the students planned a group Sieg Heil salute when she entered a classroom. Concerned, she waited outside of the classroom until she could follow the teacher in, and the teacher told the class that the Nazi salute is wrong and they should not make it any more.

The salutes subsided for a while, picking back up after more rehearsals. At the final rehearsal on May 9, about 10 to 20 of the 75 students once again returned the Sieg Heil salute. After none of the teachers said anything, the Gambles’ daughter shouted for them to put their hands down. She was removed from the classroom for being “disrespectful.”

Because of the bullying over this issue, “school feels lonely sometimes” for her, Gamble said.

In a hallway conversation with a teacher after she was removed from the rehearsal, she expressed that the salute is wrong and the teachers should have done something about it. Mrs. Gamble said that was interpreted as her being disrespectful to teachers, and she was brought to the principal’s office.

The teacher called Mrs. Gamble to tell her that her daughter was “disciplined and removed from the classroom” and they should discuss proper classroom etiquette.

In the timeline, Mrs. Gamble said the teacher told her at the end of the conversation that her daughter’s disruption was a response to other students “giving it back.” When Mrs. Gamble asked what “it” was, she was told “the Nazi salute,” which was the first time she had heard of the salutes happening at the school.

According to James Evans, communications director for Rutherford County Schools, the Gambles’ daughter was not disciplined or punished for her actions, but had been removed from the classroom so she could calm down. Furthermore, he said, the school agreed that the students’ actions were “completely inappropriate.”

The performance was that evening, and the next day was the school’s “McTonys” awards for Living History performances. When the World War II sketch won an award and the student playing Hitler went up to get the award, a few students gave the salute, but no higher than head level. Mrs. Gamble was in the audience and noticed it.

When her daughter’s group won an award, she used her speech time to mention the salutes and urged parents to talk to their children about why the gesture is wrong.

The Gambles, who are not Jewish, are close friends with a family that belongs to Congregation Micah. Upon hearing about the problems at school, that family got them in touch with Micah Rabbi Laurie Rice, who referred them to the Jewish Federation and Jewish Foundation of Nashville and Middle Tennessee.

Deborah Oleshansky, the Federation’s director of community relations, said “that’s what we’re here for,” whether an incident involves someone Jewish, a non-Jewish friend, anything related to anti-Semitism or anti-Israel bias, anything “even peripherally connected to the Jewish community.”

On May 17, David Hoffman, associate regional director of the Anti-Defamation League’s office in Atlanta, said they worked with the family and school system even before the issue became national news. “They recognize the problems with the assignment itself and the impact that ensued with other students who were seen giving the salute,” he said. There will no longer be portrayals of Hitler.

The principal spoke to the entire fifth grade “to clarify the issues and make it clear that giving the Nazi salute was unacceptable behavior.” An email went out to parents reiterating that “we do not condone any type of symbolism or actions that can be interpreted as hate-filled or insensitive.”

Further action included recommendations that the school have an educational program for students, utilizing expertise from the ADL’s No Place for Hate and A World of Difference Institute programs. “Going forward, the district indicated they plan to do district-wide staff training on the Holocaust and anti-bias,” Hoffman said.

Shelley Rose, ADL deputy regional director, said the ADL considers simulations to be a bad teaching tool. “It is completely irresponsible to have a student dress up as Hitler and do the Zeig Heil sign — no matter what the age.”

Oleshansky said there will be continued outreach to educators to sensitize them, and a workshop for Jewish parents is being planned, to help identify and understand issues of anti-Semitism, whether incidents are anti-Semitic or just seem so, and what resources are available when an incident occurs.

“If issues come up, we are a resource,” she said.