Author Telushkin to speak at Chabad in Metairie 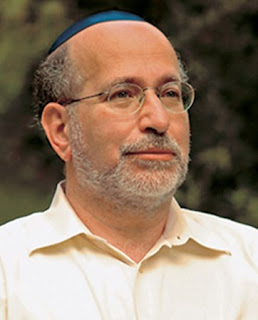 Author Joseph Telushkin, one of the best-known current writers of Jewish thought, will present “Five Teachings that Can Change Your Life Today: Practical Insights from the Rebbe’s Leadership,” Sept. 12 at the Chabad Jewish Center in Metairie.

Telushkin was once named by Talk magazine as one of the 50 best speakers in the United States. One of his best-known works is “Jewish Literacy,” which is often used as an introduction into Judaism by Jewish and non-Jewish students. The first volume of his “A Code of Jewish Ethics” won the national Jewish Book Award in 2006.

In 2014, he published “Rebbe: The Life and Teachings of Menachem M. Schneerson, the Most Influential Rabbi in Modern History,” an extensive biography of the late Rabbi Menachem Mendel Schneerson. The product of five years of research, the book describes how Schnerson became the leader of Chabad, then transformed the small Brooklyn organization into a dynamic educational force, reaching Jewish communities around the world.

Schneerson became sought-after for his counsel by a wide range of figures, including Ronald Reagan, Robert F. Kennedy, Yitzchak Rabin, Menachem Begin, Elie Wiesel and Bob Dylan. He became an ambassador for the Jewish people, advocating for Jews around the world including clandestine operations to rescue and sustain Jews in the Soviet Union.

Telushkin has been making presentations at Chabad centers recently, in commemoration of the Rebbe’s 25th yahrzeit.

Doors will open at 6:45 p.m. for the 7:15 p.m. presentation. Reservations are required, and are $10 before Sept. 6, $18 afterward. There is a VIP reception for sponsors at 6 p.m., starting at $180 for two tickets. The evening is partly sponsored by Alan and Diane Franco.