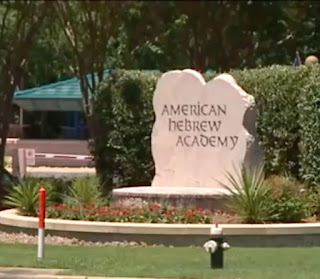 Three months after abruptly shutting its doors, the American Hebrew Academy in Greensboro, N.C., has announced that it will reopen for the 2020-21 academic year, though under a new name and with a more diverse student body.

In a Sept. 16 statement, the new board of trustees announced it has “secured the long-term financial support required to sustain robust operations” and will resume “full operations” in grades 9 to 11 next year. A decision on 12th grade has not yet been finalized.

One major change is that the school, which had been exclusively Jewish, “will now be available to students of all nationalities, cultural and religious backgrounds.”

The school opened in 2001, mortgage-free, as the only pluralist Jewish boarding high school in the country, the product of visionary Maurice “Chico” Sabbah, and built on a 100-acre campus.

The school closed on June 11, two weeks after graduating its final senior class of 34 students. Though the facility was built for 400 students, the enrollment was just over 130 last year, and was running multi-million dollar annual deficits.

Glenn Drew, a founding member of the school’s board and its chief executive officer when the school closed, is expected to be the academy’s executive director, and Abe Tawil is expected to return as head of school. The release said other “key administrators and faculty” will also return.

“The groundswell of support we have received facilitated the Academy’s re-opening,” Drew said. “The Academy has been recognized as a crown jewel in our city and within international education circles globally.”

Though there was speculation as to what would happen to the school’s campus after the school closed, the facility was never sold, and the board statement said financing to resume operations had been secured through Puxin Limited, a Chinese educational company.

The Greensboro News and Record reported that a document was filed with the Guilford County Register of Deeds detailing a $26 million financing transaction between the academy and Puxin.

A new name for the school will be announced in the next few weeks, along with a student recruitment campaign.

Opening the enrollment “will allow a broad spectrum of local day students to attend the Academy alongside an increased enrollment of boarding students from across the United States and around the world,” according to the release. “The Academy’s respected curriculum will continue to offer honors level, Advanced Placement, early college and pre-career courses, as well as a new International Baccalaureate diploma option. In addition to the college preparatory curriculum, students will enjoy an expanded choice of elective courses in topics such as Introduction to International Business, Jewish Studies, Global Economies, Spanish, Chinese and Hebrew language, Entrepreneurship and Advanced Technologies.”

“We are delighted that the Academy’s future will reflect a more diverse curriculum and student body of all faiths, cultures and nationalities, creating a global educational experience unmatched by any other school,” Drew said. “We have had an exceptional opportunity to learn and grow from our past to assure even greater success in the Academy’s future.”