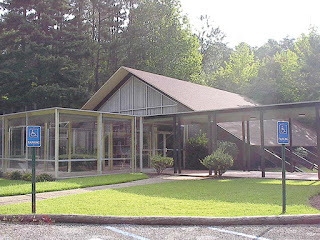 Though few in number now, the Jewish community of Meridian had a huge effect on Meridian as a whole, and Meridian has notable chapters in American Jewish history.

Congregation Beth Israel will celebrate this legacy with a 150th anniversary service on Nov. 15 at 6 p.m., and a cocktail oneg following.

Before the Civil War, Meridian was a small outpost in the shadow of nearby Marion. But after the war, the railroad came to Meridian, establishing it as the hub of commerce for eastern Mississippi. The few Jewish families who had been in Marion as early as 1837 moved down the river, and were joined by many more, becoming an integral part of Meridian’s civic life.

In 1868, Beth Israel was established, and land for a cemetery was purchased. The congregation met in several temporary locations, growing from its original 10 families. In 1873, Rabbi David Burgheim became the congregation’s first rabbi.

With 50 members in 1878, the congregation built its first building, on 22nd Avenue. It was the first building in the city with gas lighting. In 1906, with over 80 members, a larger building was constructed at 11th Street and 24th Avenue. It had a fire during its first year, leading the congregation to meet temporarily at St. Paul’s Episcopal Church.

While Beth Israel was Reform from its beginning, as the Jewish community grew, some new immigrants wanted a more traditional alternative and established Ohel Jacob, an Orthodox congregation, in 1895. Unlike in many communities, the two congregations worked together, with Ohel Jacob ultimately disbanding in 1990 as their numbers dwindled.

In the late 1920s, the community peaked at 575, one of the largest Jewish communities in the state.

After serving in Natchez, Rabbi William Ackerman served as Beth Israel’s rabbi from 1926 until his death in 1950. The congregation offered his widow, Paula, the position of spiritual leader. Though she never took the title of rabbi, she was regarded as the first female spiritual leader of a Jewish community, though many news reports called her “America’s first lady rabbi.” She served until 1953.

Still many years before women were ordained as rabbis, she would assume that role again in her hometown of Pensacola in 1962, when Temple Beth El was between rabbis.

In 1964, Beth Israel decided to move to the suburbs, dedicating a new, smaller building. A Holocaust memorial was commissioned by three Christians and designed by a local Jewish artist.

In the 1960s, Meridian became a focus of the civil rights movement, as that is where civil rights workers Michael Schwerner and Andrew Goodman were based. They were killed in Neshoba County in 1964, along with Meridian native James Chaney.

Many in Meridian’s Jewish community worked to change the system of segregation. After the civil rights battles, a Klan group targeted Mississippi’s Jewish community, starting with Beth Israel in Jackson and the home of their rabbi, Perry Nussbum. Then, Beth Israel in Meridian was bombed. With funds from the Jackson and Meridian Jewish communities, the Federal Bureau of Investigation paid Klan informants, leading to a shootout when the Klan tried to bomb the home of Meyer Davidson in Meridian in 1968. One bomber, a female Kindergarten teacher, was killed, while the other, Tommy Tarrants, survived, had a jailhouse conversion and later became pastor of an interracial church.

In the 1970s, Al Rosenbaum was the two-term mayor of Meridian.

Today, many Jewish landmarks are still around, or have been repurposed. After being vacant for many years, the landmark Threefoot building is being renovated into a Courtyard by Marriott. The Marks Rothenberg Opera House has been restored and is a civic venue.

Highland Park was given to the city in 1906, and a plaque honoring the 10 donors shows that six were Jewish — I. Marks, H.M. and K. Threefoot, W. Rosenbaum, Levi Marks and Sam Rothenberg. A statue in the middle of the park honors I. Marks, who was president of the Park Commission.