Ta-Nehisi Coates to speak at Temple Sinai in New Orleans 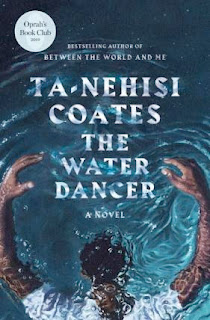 Octavia Books will present An Evening with Ta-Nehisi Coates, in conversation with two-time National Book Award winner Jesmyn Ward, Oct. 30 at 7 p.m. at Temple Sinai in New Orleans. Each $30 general ticket admits one, and includes a copy of his debut novel, “The Water Dancer.” Deluxe tickets, which are $47, also include Ward’s newest novel, “Sing, Unburied, Sing.”

Coates is the author of “The Beautiful Struggle,” “We Were Eight Years in Power” and “Between the World and Me,” which won the National Book Award in 2015. He is the recipient of a MacArthur Fellowship. Ta-Nehisi lives in New York City with his wife and son.

Ward received her MFA from the University of Michigan and has received the MacArthur Genius Grant, a Stegner Fellowship, a John and Renee Grisham Writers Residency and the Strauss Living Prize. She is the winner of two National Book Awards for Fiction for “Sing, Unburied, Sing” and “Salvage the Bones.” She is also the author of the novel “Where the Line Bleeds” and the memoir “Men We Reaped,” which was a finalist for the National Book Critics Circle Award and won the Chicago Tribune Heartland Prize and the Media for a Just Society Award. She is currently an associate professor of creative writing at Tulane University and lives in Mississippi.

Coates’ new book is an original vision of the world of slavery, and the American struggle to tell the truth.