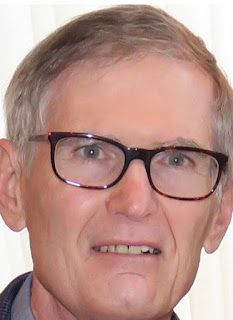 Birmingham Jewish Federation Executive Director Richard Friedman, currently the longest-serving Federation director in the country, will embark on two new professional endeavors when he steps down from his Federation role on Dec. 31.

For 37 years, Friedman has been the professional head of the Federation, the Birmingham Jewish community’s central fundraising and community relations agency. During his tenure he has helped raise more than $125 million, mainly from Birmingham’s 6,500-member Jewish community, for Jewish needs locally and globally.

Through his work, he has been heavily-involved with Israel, traveling there more than 50 times and speaking and writing extensively over the years on Israel and other Jewish topics.

Trained as a journalist, Friedman has continued his writing while at the Federation, with his work appearing in the Wall Street Journal, Times of Israel, Los Angeles Jewish Journal and New York Jewish Week, as well as in the Birmingham News and on al.com. He also established the Federation’s Update email, which at its peak reached around 6,000 people daily in Alabama and around the world.

Lisa Engel, current Federation president, said “I know that I speak for our whole community in expressing appreciation to Richard for the passion, dedication, communications expertise and fundraising skills he has used to benefit Jews in Birmingham, Israel and throughout the world.

“Our Jewish community and Israel are stronger because of Richard’s unique knowledge of our history and his strategic vision for our future,” she added.

As his Federation career comes to a close this year, a finishing date that he and the Federation planned together several years ago, he will join the staff of two Birmingham-based entities — the US Israel Education Association as director of funding initiatives, and Israel InSight magazine as associate editor.

The USIEA is headed by Heather Johnston, a well-known Christian leader, and promotes initiatives that strengthen the relationship between the U.S. and Israel. Israel InSight is a new magazine and website designed to appeal to Israel’s Christian supporters. It has been started by long-time Jewish journalist Larry Brook, editor and publisher of Southern Jewish Life.

“We are delighted and honored to have Richard join the US Israel Education Association,” said Johnston. “He is known for his character and leadership. He is selfless, possesses strong moral courage, and has a wonderful strength of integrity.

“At a time when significant change is taking place in the Middle East in general and in Israel in particular, these attributes, along with Richard’s knowledge, understanding, unbridled enthusiasm and dedication, will play a critical role as the US Israel Education Association works to strengthen the bond between the US and Israel,” Johnston added.

Working for these two entities also will provide Friedman with an opportunity to help deepen ties between Jews and Christians within the framework of their mutual support for Israel. This is an area that he has been interested in for nearly 20 years.

“Being in the Deep South, we have long been ahead of the curve in acknowledging and writing about the importance of Christian support for Israel, and under Richard’s leadership, the Birmingham Federation has been at the forefront of working with Christian friends of Israel,” Brook said. “I look forward to working with Richard in combining our expertise to produce this important new publication, which we feel will be an important part of the huge transformation in the relationship between Christians and Jews over the last couple of decades.”

“I have loved my time at the Jewish Federation and now I’m excited to embark on two new and important endeavors,” said Friedman. “Israel is a great country and a remarkable ally, and continuing to deepen the relationship between Israel and the U.S. is crucial to both countries.”