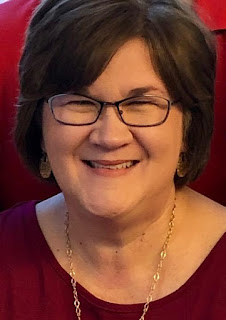 Rev. Melissa Self Patrick, who has a long track record of working to promote understanding among different religious and racial groups in Alabama, has been named the new executive director of the Birmingham Holocaust Education Center.

She succeeds Thomas Bryant, who stepped down this summer but will continue as a member of the board.

“We could not be more pleased to have Melissa on board at the BHEC,” Board President Andy Campbell states. “She has been an outstanding leader in every position she has held and a champion for social justice in this community. We are looking forward to Melissa’s leadership of the BHEC at such a vital time for Holocaust education.”

A North Alabama native, Patrick is an ordained elder in the United Methodist Church who has been involved in many greater Birmingham area interfaith and community initiatives and projects.

She was a founding organizer and director of Anytown Alabama, which held its first week-long camp in the summer of 1989.

The residential summit for high school students helps them develop leadership skills and learn about social justice issues and become change agents in their communities. Patrick established this camp through the National Conference of Community and Justice, where she was assistant director and worked with other faith leaders and scholars.

While at NCCJ, she co-authored curricula for NCCJ Teacher Training in human relations.

Patrick was also an advisor during the establishment of the Birmingham Civil Rights Institute before its opening in 1992.

Currently, Patrick is a member of the Interfaith Interpretation Committee of the Jefferson County Memorial Project, working with communities who are coming together to bring Jefferson County’s lynching memorial home from its current location in Montgomery under the Equal Justice Initiative’s National Memorial for Peace and Justice.

She also serves as a member of the Instruments of Hope Unity Fund of the Community Foundation of Greater Birmingham. The fund was established to facilitate civil discourse and action on challenges facing the area, and is an outgrowth of the 2018 visit to Birmingham of the Violins of Hope, restored violins that had been played by Jews who were sent to concentration camps during the Holocaust.

Patrick is also a co-leader of the upcoming interfaith “Friendship Journey 6” to Israel.

She will be leading the organization as it prepares to move to a new facility, as yet unannounced, as the Bayer Properties building where it has been housed rent-free for 15 years is being sold and the site redeveloped into a planned multi-use development.

Organized in 2002, the BHEC seeks to educate the people of Alabama about the history of the Holocaust so that new generations will apply the lessons of the Holocaust to the construction of a more just, humane and tolerant future. The organization provides programming throughout the state of Alabama for teachers, students, civic groups and communities.