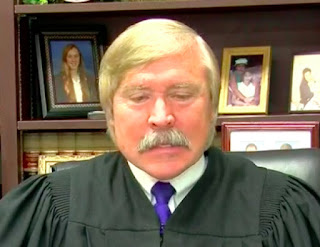 The Tennessee Board of Judicial Conduct issued a split decision regarding a Memphis judge who was accused of spreading antisemitism, saying his social media posts were “partisan in nature” but he had not made any antisemitic or racist statements.

Shelby County Criminal Court Judge Jim Lammey had been censured by the Shelby County Commission in May, which then referred the issue to the statewide board.

The summary concluded that “After a complete and thorough investigation and under the limited and specific facts of this case, the Board acknowledges that there is no proof that you made any statements that were anti-Semitic, racist, or anti-immigration,” but some were partisan, “which is a clear violation of the Code of Judicial Conduct.”

The board cited his posts on the credibility of some government agencies, National Anthem protests, how illegal aliens affect the economy, Black Lives Matter, media bias, transgender restrooms, and expressing opposition to Hillary Clinton and support for Donald Trump during the 2016 election.

Lammey will attend a training course and refrain from future partisan statements.

In May, numerous groups in Tennessee called for Lammey’s censure for a series of social media posts that “carry a dark message of hatred,” including reposting an article by a Holocaust denier that called on Jews to get over the Holocaust. Others called on him to resign.

On April 5, Lammey posted a link to “Stop With the Golems, Already!” by David Cole.

Jewish Community Partners of Memphis issued a statement that Lammey’s link to Cole’s piece “was only one example of his habit of sharing articles, conspiracy theories, and ‘jokes’ online that carry a dark message of hatred. The content he spreads often targets Muslim and Latin-American immigrants, which is troubling because of Judge Lammey’s elected position overseeing criminal trials as a representative of the State of Tennessee.”

In the 1990s, Cole reached some measure of notoriety for his Holocaust denial films, particularly because he is Jewish. He remade himself as David Stein and was active in the Republican party on the West Coast, running the “Republican Party Animals” until his previous identity was uncovered.

Cole’s piece said Jews create monsters — the folklore golems made of mud — to fight their enemies until the monsters ultimately turn on the Jews. As an example, he cited liberal Jews supporting Muslim immigration, which has come back to bite in the form of Rep. Ilhan Omar and others. He said Jews should stop importing “foreign mud” to fight against whites, and said Jews should “get the f— over the Holocaust.”

Lammey had commented that the piece was an “interesting read,” but later said he disagreed with the author’s Holocaust denial. He told the Memphis Commercial Appeal “I certainly don’t agree with that, being a Holocaust denier. My best friend — who’s deceased now — was Jewish and I wouldn’t do that.”

He told WREG-TV that he was attracted to the piece because it discussed golems, and he did not realize the author was a Holocaust denier.

While Deborah Lipstadt, the leading authority on Holocaust denial, said Cole exhibits “classic denial,” the judicial board concluded he is not a Holocaust denier.

Some of Lammey’s other posts discussed opposition to Sharia law and were anti-immigrant. Immigration advocates say Lammey is the only judge in the county who has a practice of requiring immigrants seeking probation to register with Federal authorities — which could get them deported — or remain in jail.

Lammey said he doesn’t talk online about cases that are before him, and told the Commercial Appeal that “I don’t see where sharing articles about (Islamic law) or third time deported people coming in and committing crimes would prejudice my ability to be fair and impartial in any case.”

On May 8, a coalition of faith-based, civil rights, and educational professionals presented a letter to the Administrative Office of the Courts and the Board of Judicial Conduct at a meeting of the county’s Law Enforcement, Corrections, and Courts Committee. The letter called for the board to “publicly censure Judge Lammey and to explore bringing the anti-bias and Holocaust education resources of our respective organizations to the judges, clerks, and staff of our state judicial system.”

The board’s letter referenced how Lammey acted “promptly and with candor” and acknowledged his errors in sharing the social media posts, and that there is no proof that he displayed any actual bias against any litigant in his courtroom.