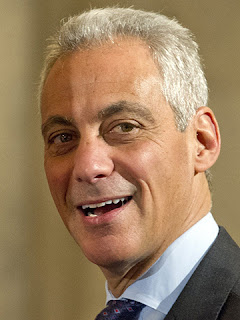 At a speech that has been described as “edgy,” former Chicago Mayor Rahm Emanuel took swipes at Alabama’s presumed treatment of Jews as he jabbed at presidential hopeful Michael Bloomberg.

The Gridiron Club and Foundation winter dinner, held on Dec. 7 in Washington, is generally an event for political figures to engage in wisecracks and satire.

Emanuel opened up with amazement that Bloomberg thinks America wants a short, Jewish president, “because if they were, I’d be running.”

According to the Chicago Sun-Times, after a couple of jokes about Bloomberg’s wealth, Emanuel noted “Bloomberg is kicking off his campaign in Alabama. Is this a good idea? The last Jew they liked down there was Jesus.”

He continued, “so Bloomberg filed for president in Alabama, and Jeff Sessions is running there again for Senate. Can you imagine the two of them at the same event? Usually, when an Alabaman (sic) by the name of Jefferson Sessions is with a small elderly Jewish guy, he’s got a pitchfork in his hand.”

Alabama was not the only state he targeted, though, as he remarked that Pete Buttigieg would get the entire gay vote in North Dakota — and then named both of them.

Emanuel was a member of the House of Representatives from 2003 to 2009, then was the White House Chief of Staff under President Barack Obama. He was mayor of Chicago from 2011 until announcing that he would not seek a third term in 2019.

Emanuel has not responded to a request from this publication for comment about his remarks.