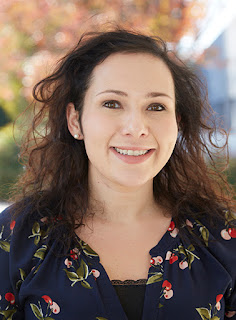 A Birmingham native, Dubrinsky-Clayton is looking forward to leading one of the most important community institutions in Birmingham.

“The LJCC has been an important cornerstone in my life and I know it provides a sense of community for so many in both our Jewish and broader Birmingham communities,” she said. “The LJCC is truly a magical place and I am honored to help shape the vision and direction of the Center.”

After Betzy Lynch departed in August 2017, Richard Friedman, executive director of the Birmingham Jewish Federation, was named CEO of the LJCC in addition to his Federation position. Dubrinsky-Clayton had been director of community impact for the Federation, and in October 2018 she was named interim executive director at the LJCC. At the time, Friedman explained that he would remain as CEO of both agencies, but Dubrinsky-Clayton would be “the senior go-to person at the LJCC with the authority to make whatever decisions she feels are necessary for the well-being of the LJCC.”

In a long-anticipated process, Friedman retired from both agencies on Dec. 31, and will become associate editor of the new magazine Israel InSight, which is being published by the team at Southern Jewish Life. He also will be working for the US Israel Education Association in Birmingham.

The search for a “community CEO” to succeed him at the Federation is ongoing.

Dubrinsky-Clayton said her goals include making the LJCC even more of a home for the many members and non-members it serves. “We raise families and individuals here at the J,” she explained. “For so many, we are the center of the community and not just a community center. We have the opportunity to really be the living room of Birmingham. And we’re going to capitalize on that opportunity.”

On Jan. 12, Dubrinsky-Clayton will share her vision for the LJCC, including plans for 2020, at the agency’s annual meeting. The “There’s no place like home” event will be at 10 a.m., during which LJCC President Allison Weil will complete a three-year term and be succeeded by Jesse Unkenholz, who has led a collaborative effort among Birmingham’s Jewish agencies. The joint CEO arrangement was part of that collaborative effort.

The annual meeting is open, but due to security concerns those attending should be prepared to show identification.