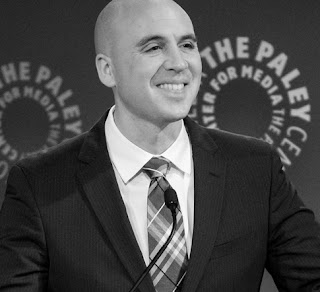 Israel Bonds will have two events in Louisiana this month, including the first such event in many years in Baton Rouge.

Benjamin Anthony, founder of Our Soldiers Speak, will present “The Battle for the Jewish Future: Europe, America and Israel” in both communities.

In Baton Rouge, there will be a joint community Shabbat service at 6 p.m. on Jan. 24 at B’nai Israel. Beth Shalom will not hold services that night. An Israeli-style oneg will follow.

Anthony is an IDF reservist who served in the second Lebanon war, and Operations Pillar of Defense and Protective Edge, as well as in the territories. In 2006 he founded Our Soldiers Speak, a non-profit non-governmental organization that gives briefings on realities and challenges faced by the IDF, as they adhere to rules of war and a code of morality that is ignored by its adversaries.

He speaks annually on Capitol Hill, and has lectured at every Ivy League college as the organization has reached almost 400 campuses.

In 2015, Our Soldiers Speak issued a statement condemning the “false and libelous” claims of Breaking The Silence, which is comprised of former IDF members who speak to anti-Israel groups and on college campuses around the world, claiming a wide range of human rights abuses by the Israeli military. Our Soldiers Speak says those claims are either very rare or unsubstantiated, but are portrayed by the activists as being the norm.

Speakers from Our Soldiers Speak discuss a range of topics, from the war in Syria to Israeli response to disaster relief around the world, anti-terrorism strategies in an age of lone-wolf attacks, cyber-warfare and the legal aspects of armed combat against non-state actors.

In addition to having numerous speakers touring the world, Our Soldiers Speak also welcomes groups of U.S. Military Academy cadets, graduate students in law and international relations, and others to Israel.