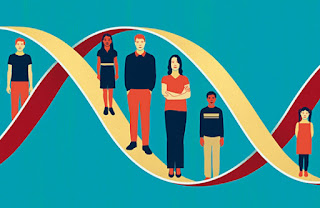 The Victor Center for the Prevention of Jewish Genetic Diseases and Jewish Family Service of Greater New Orleans are partnering with several local Jewish organizations to bring a preconception genetic screening event to the Uptown Jewish Community Center. The Feb. 6 event will be from 5:30 to 7:30 p.m. and feature a panel of speakers, genetic counseling, and for those who choose, a genetic screening done through a saliva sample.

While Tay-Sachs may be a well-known genetically-transmitted disease that is prevalent in the Jewish community (and among Cajuns), over 200 such diseases have now been identified, and roughly half of Jews who screen with Victor Center carry at least one of those mutations.

If both parents carry a mutation for the same disease, there is a one in four chance that the child will be affected by that disease. Each parent passes on one of the two genes to the child. If both pass on the mutation, disease follows. In half of the cases, only one parent passes on the mutation, making the child a carrier. In one-fourth of cases, the child receives the clean gene from both parents and is not a carrier.

Through the knowledge acquired by screening, the risk of having a child with any of these preventable genetic diseases can be avoided. Many of the diseases strike early in childhood, have no cure and lead to early death.

The Victor Center, a thought leader in the prevention of genetic diseases, is partnering with local organizations to educate the public and provide screenings at a reduced rate.

The Victor Center recommends that all at-risk individuals — including interfaith couples and couples getting pregnant through donor egg/sperm — should be screened, with the Jewish partner being screened first. And one does not need to be Jewish currently to be at risk — anyone with one or more Jewish grandparent should consider screening.

With a small Jewish community, many area doctors do not screen potential parents for Jewish genetic diseases, and insurance companies will not always cover the cost of screening for those diseases more prevalent in the Jewish community. “Many people are completely unaware of the risks, and doctors in this area don’t always have access to expanded panels. While Jewish genetic diseases are quite prevalent, local rabbis are often the ones informing young couples,” said Rachel Lazarus Eriksen, JFS director of clinical services.

The Victor Center, JFS and their local partners are subsidizing the cost of screening, which currently tests for over 200 Jewish and pan-ethnic diseases. Thanks to sponsor generosity, the first 18 registrants are receiving their screening for $20. All other registrations are subsidized up to $249 for an individual or $349 for a couple, as the highest out of pocket fee with insurance. There is no charge to attend the educational events.

To register for the event, visit here.

JScreen, a non-profit based at Emory University in Atlanta that is dedicated to eliminating Jewish genetic diseases, is planning Jewish Genetic Screening Awareness Week from Feb. 3 to 7, and the Georgia Legislature is also issuing a proclamation to that effect.