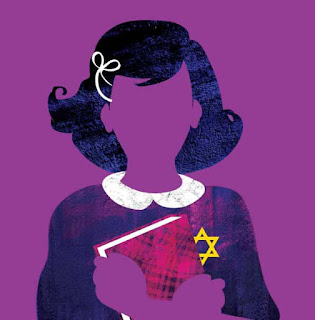 A multimedia theatrical experience opening Feb. 9 at the Alabama Shakespeare Festival in Montgomery sheds new light on the Holocaust and the story of Anne Frank, as told by those who knew her well.

“And Then They Came for Me: Remembering the World of Anne Frank” will host public performances Feb. 9 and 15, as well as bringing in school groups during that week.

“I love to direct plays that are catalysts for conversation and this one really resonated with me,” said “And Then They Came for Me” Director Addie Gorlin. Her father is Jewish and she grew up in Minneapolis.

“It’s really like a documentary piece of theatre. It’s about storytelling and presenting a play that can connect those of different generations — from middle school students to grandparents. This play is still very relevant today,” she said.

“And Then They Came for Me” combines videotaped interviews of Holocaust survivors Ed Silverberg and Eva Schloss with live actors recreating scenes from their lives during World War II, including their memories of Frank.

Silverberg was Frank’s first boyfriend, mentioned in the beginning of her now-famous diary. Eva Schloss was the same age as Frank and lived in the same apartment building in Amsterdam. Her family also went into hiding the same day as the Frank family and they too were betrayed.

Schloss and her mother survived the Holocaust. After the war, her mother married Frank’s father, Otto. The play also includes accounts from Schloss’s brother, Heinz.

James Still wrote “And Then They Came for Me” in the early 1990s. Born years after the end of the war, he relied on books, documentaries, interviews and visits to the Frank home in Amsterdam to shed light on the lives of four teenagers experiencing the Holocaust.

“When he contacted me about directing this show, I told him how I was a middle school teacher plus I had good experience writing and directing shows for all-ages theatre,” she said.

“The Diary of Anne Frank” was one of her favorite books growing up and is one of the most-read books worldwide. “And Then They Came for Me” widens the lens. “It personalizes and expands the scope,” said Gorlin.

She said the video footage and images feel “rooted in the 1990s,” so they are updating some of the images and putting them on a back production screen to make it feel “more relevant and engaging to tech-savvy teenagers today.”

“It’s a challenge to integrate the multimedia with the live action,” said Gorlin. “But we have some very talented young actors in the show to really bring these important stories to life.”

They also brought the play more downstage than most other productions. “We want this to feel like it is a history textbook come alive — to be there in their laps,” she said.

Through “And Then They Came for Me” as well as some other theatrical works she has written, directed and taught, Gorlin learned more about her Jewishness and heritage.

“My family on my dad’s side came over from Russia and were New York Jews,” she said. “I have enjoyed learning more about culture, religion and history.”