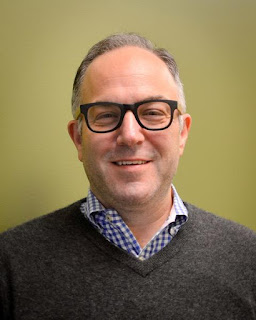 The Birmingham Jewish Federation announced that Danny Cohn will be the agency’s new Chief Professional Executive Officer, starting March 8. He succeeds Richard Friedman, who retired in December after leading the Federation for 37 years.

Since 2015, Cohn has been director of marketing and communications for the Arbor Day Foundation in Omaha, where he developed two national annual programs that netted revenue of over $1 million.

Cohn has almost two decades of experience as a strategic leader in marketing, operations, fundraising, branding, public relations and social media for integrated marketing agencies and national foundations. He led integrated marketing teams at Zeno Group in Chicago and Strata-G in Cincinnati. He also led the development and execution of Allstate Foundation’s Purple Purse Initiative, to raise funds and awareness surrounding domestic violence and financial abuse.

A native of Omaha, Cohn returned to Omaha for the Arbor Day position, and has been very active as a lay leader in the Jewish community. He relaunched the Ben Gurion Society at the Jewish Federation of Omaha, where he successfully engaged a large group of new young adult donors. He was also the board chair of the Anti-Defamation League’s Plains States Region, where he was responsible for raising funds to support ADL nationally, and also the Jewish community of Omaha’s Community Relations Committee.

Cohn said while his work has been in the professional and non-profit realms, “my passion was Jewish communal service, and I was very lucky that there was this opportunity in Birmingham.”

While his involvement in the Jewish non-profit world has been as a lay leader, not a professional, “Federation has been a part of me since I was a teenager,” when he was president of AZA in Omaha, for the Mother Chapter that started the entire organization in 1924. “BBYO gave me such an amazing foundation for Jewish communal service work,” he said.

His first trip to Israel was on a Federation College Cabinet mission. “I feel like I have been living Federation my entire life.”

Cohn said he sensed that “Birmingham is a very special place and felt like home immediately during our first visit — we instantly knew we wanted to be part of the community.”

He said Birmingham and Omaha have similar sized Jewish communities, and “Birmingham is set up to become a future model for Federations across the country.”

In taking the position, Cohn said “the community itself was the main attraction.” He saw how the Federation, over the last couple of years with Reimagine Jewish Birmingham, has “done a really amazing job to harness the community together and decide what they want the future to be,” and have it be an intergenerational consensus.

“The next generation has grand plans, and it’s refreshing to see everyone working together toward a common vision,” he said.

To implement the plan, he “isn’t going to be able to do it alone,” he said. “I’m looking forward to taking this journey together.”

The Federation’s announcement is the culmination of a nine-month search process co-chaired by Steve Greene and Jesse Unkenholz. Greene said “The Search Committee chose Danny Cohn because we felt he was the most inspirational candidate with the most progressive ideas to move our Federation and community forward.”

The Federation board unanimously ratified the choice. President Lisa Engel said Cohn “brings to our Federation a new vision of community-wide engagement along with creative strategies to involve donors of all ages in the important work of the BJF.”

She said the Federation is “excited” to welcome him to Birmingham. “In his visits, we experienced his excitement, his infectious enthusiasm and his passion for the work we do.”

While Cohn will arrive in early March, his husband, Andrew Miller, and their four-year-old daughter will remain in Omaha for a few weeks, to do much of the typical logistics needed when moving. Also, Cohn said, his daughter’s preschool “does a Seder that she has really been looking forward to.”

Miller works in the food industry, and is currently managing a restaurant group. That also makes Birmingham attractive. “We were in Chicago for 20 years, and when we got to Birmingham we started looking at the food scene,” Cohn said. “It felt like Chicago, the sophistication is so similar.”

Cohn said when he arrives, the first goal is to “meet as many people as I can,” including the rabbis, lay leaders, agency heads, “seeing how we can work together to transform the community.”

Engel added that Cohn and the Federation board “look forward to collaborating with all of the agencies and synagogues in our Jewish community to enrich the vibrancy of Jewish life at home and abroad.”