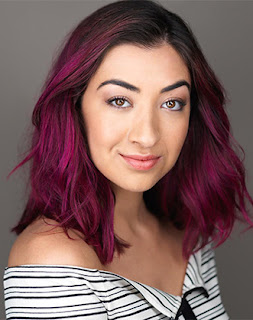 Lexi Greene has already enjoyed some “Seasons of Love,” making her national Broadway tour debut back in August in the beloved musical “Rent.”

The Rent 20th Anniversary Tour comes to the Birmingham-Jefferson Convention Complex’s Concert Hall for one night only, Feb. 17, and the southern California native looks forward to her first Magic City visit.

“Rent is really a show about love and life and how moments are fleeting, so we should see the beauty that is out there,” said Greene. “It is such a joy and a blessing to be a part of something so special.”

In 1996, an original rock musical by a little-known at the time composer named Jonathan Larson opened on Broadway. “Rent” forever changed the landscape of American theatre. This Pulitzer Prize and Tony-award-winning re-imagining of Puccini’s “La Boheme” began touring in 1999.

Greene said this production stays true to the original. “What makes this production unique is the cast. We’re all young and you can feel that sense of community onstage,” she said. She was born one year after “Rent” debuted on Broadway.

In the show, Greene plays Marc Cohen’s mother, Mrs. Cohen. The character is based on Larson’s mother.

“She is a Jewish mother from New York City,” said Greene. “I wanted to bring a lot of truth to the role since I am playing the mother of the writer of the show.” Greene also is an understudy for the role of Maureen and has filled in a few times on the tour.

She grew up in Agoura Hills, Calif., located just north of Los Angeles, part of a large Jewish community. “I think about half of the kids at my high school were Jewish,” said Greene.

When she was only two years old, she started dancing and was already involved in musical theatre by the age of five. “I pretty much knew my whole life that this was my calling,” said Greene. “I am blessed to have a family that has been so supportive.

She continued strong involvement in theatre through high school. Greene traveled across the country to attend the University of the Arts in Philadelphia, graduating in 2019 with a Bachelor of Fine Arts degree in Musical Theatre.

Greene starred in the world premiere of “Click” at Simpatico Theatre before being cast in “Rent.”

She said the tour has already taken them across the U.S. and Canada. In March, the tour will play in Tokyo for three weeks, and a week in Mexico later this spring.

Greene’s parents are retired and have had the chance to travel to see their daughter a few times.

“It has been really special to have them to come to a few of the stops on the tour,” said Greene. “It can be tough being away from family, but we Facetime often and the tour ends in San Diego, where a lot of my dad’s family lives.”

She said that Rent has “grown” her family. “I feel like everyone on the production is a part of my family. We love each other and support each other,” said Greene. “Plus, when you see the impact the show has on audiences every night, it reminds me how much I love what I am doing.”