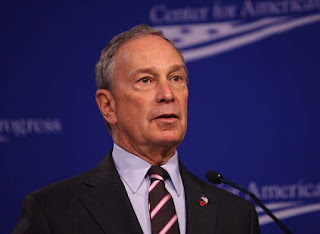 Jon Rotenstreich grew up in Birmingham, attended the University of Alabama, then graduate school at the University of Chicago. He went to work for Salomon Brothers in Atlanta and was transferred to New York. There he met another junior associate, Mike Bloomberg, beginning a friendship of over 50 years.

According to Rotenstreich, Bloomberg’s story is the classic American story. Bloomberg was from a modest middle class family — his dad was an accountant. Bloomberg worked his way through college and graduate school. He trained as an engineer, then went to work on Wall Street. He recognized immediately that the communications systems used in investment banking were inferior. Television screens that shared information were woefully underdeveloped. Bloomberg worked hard to upgrade what was currently available, motivating him to start his own firm.

Rotenstreich says Bloomberg has always been honest in his dealings, hired the best people, trained them well, created a culture of hard work and rewarded his valued employees.

Bloomberg believes in Tikkun Olam, acts of kindness to repair the world, seeing it as his obligation to give back since he has been so blessed by this country. A top American philanthropist, he is committed to the less fortunate as well as the system that provided the opportunity for his success.

Rotenstreich said “There is no finer person, no harder working guy. He’s as honest as the day is long and surrounds himself with really good people. His father would be so proud not just of the success but of the effort to use that success to make the world a better place. I’m proud to do whatever I can to help elect Mike Bloomberg as our next president.”

As managing member and founder of Bayer Properties as well as handling a family partnership, it’s clear Rotenstreich is very busy. When asked how he and Bloomberg keep in touch, he said they only live six blocks away from each other, but obviously the mayor is even busier now so they email each other often.

That isn’t the only Birmingham connection to Bloomberg. Rosalie Lowy, a realtor for the Mountain Brook office of LAH, is originally from New Jersey. Her nephew, Hayden Horowitz, was CFO for one of Bloomberg’s mayoral campaigns and is now CFO for his presidential campaign. Lowy is proud of her nephew; impressed by how he balances a very high pressure job while still being a good family man.

Lowy, a professional singer and former director of membership for The Summit Club, says she believes Bloomberg wants to be president for all the right reasons, a strength of will and kindness of will, which balance each other out. She is enjoying networking and campaigning for Bloomberg.

Horowitz earned his undergraduate degree from University of Pennsylvania and his MBA and JD from Columbia. When Horowitz isn’t working for Bloomberg, he is a partner at Geller and Company, a wealth management firm headquartered in New York City. Horowitz says, “Mike really resonates with people; it’s a joy working with him because he is so organized, bright and data driven.”

Can Mike Bloomberg really win the presidency? There are those in Birmingham who think so.