Place a Flower for Hadar at the Seder table 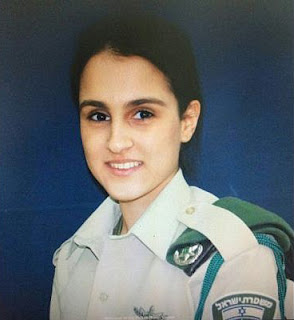 With a proliferation of small Seders this year, due to the restrictions of the COVID-19 response, the Conn family in Birmingham hopes that there will be a Flower for Hadar on many more tables this year.

The Conns launched the project five years ago, not long after the death of Hadar Cohen, an Israeli border soldier who helped prevent a much larger terror attack in Jerusalem.

Sidney Conn did not know Cohen, but her death hit hard because as a volunteer with Sar-El, the National Project for Volunteers in Israel, he got to know many of the soldiers like Cohen. “These kids are the brightest of the bright,” he said, and they were roughly the same age as Cohen.

Much as a cup of clear water, Miriam’s Cup, has been added to the Seder by many people who want to highlight the role of Jewish women of valor, Conn started A Flower for Hadar, urging people to place a single flower on the Seder table in tribute to all Israeli Defense Forces soldiers and civilians who have been lost to terrorism in Israel.

Cohen grew up in Ohr Yehuda, and had been a border officer for two months. On her first day at the Damascus Gate to Jerusalem, Feb. 3, 2016, her border police team approached two Palestinians who were acting suspiciously. As one officer checked their identification, a second one pulled out a knife and stabbed Ravit, another officer, in the neck.

Cohen managed to shoot the assailant, saving the life of her friend. A third terrorist, previously unnoticed and behind Cohen, opened fire with an automatic weapon, critically wounding Cohen in the head. She was rushed to Hadassah Medical Center, where she later died of her wounds. She was 19.

The team was credited with stopping a major terror attack that was intended to inflict many casualties. The next day, novelist Naomi Ragen penned a tribute, saying Cohen “saved my life, and the lives of so many others who live in Jerusalem.”

Conn suggests using that tribute as a Seder reading, as an explanation for the flower.

On a subsequent trip to Israel, he was on a service project near Ohr Yehuda, met someone who knew the Cohens, and the connection was made. They are “the sweetest, nicest people,” Conn said. Because they are in their mid-40s, “they have a lot of years to be carrying this.”

Last summer, the Conns lost their eldest daughter, so “we feel the loss of a child even more acutely.”

A year after Cohen was murdered, Hadas Malka was also killed by a terrorist, in a July 2017 attack at the same spot. Responding to gunshots and reports of an attack in progress, Malka was ambushed by a terrorist and stabbed to death.

Last September, the city of Jerusalem decided to name the stairs where both were killed “Ma’alot Hadas v’Hadar,” in their memory.

Conn hopes congregations and communities spread the word about the Seder tribute and urge members to take part.